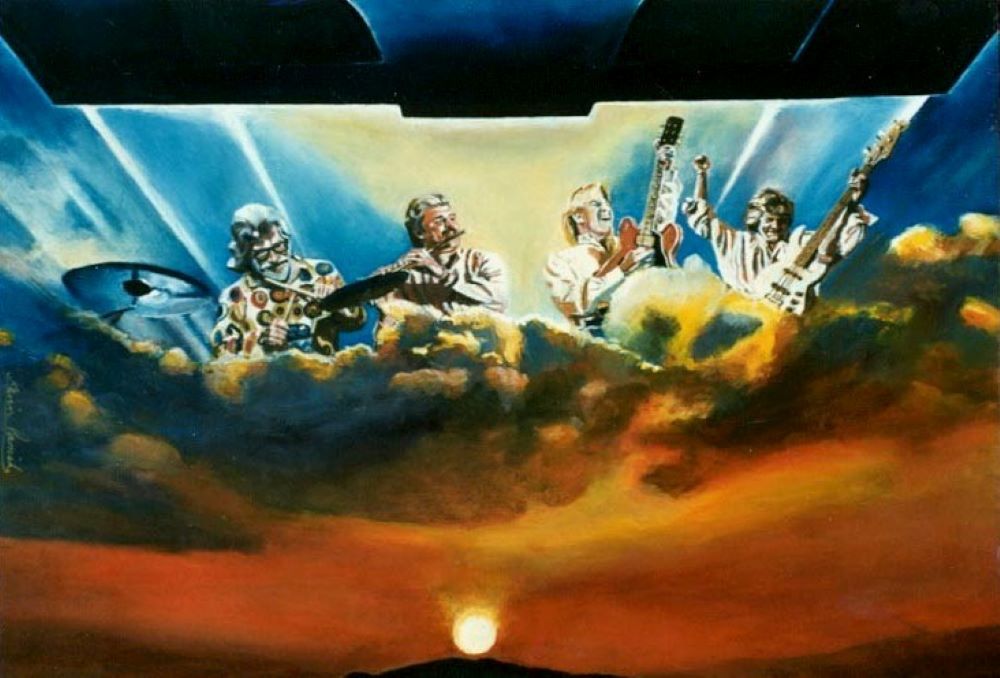 Some of the visual special effects from the film ‘Close Encounters Of The Third Kind’ were influential in creating this painting.

The title was inspired by listening to Justin Hayward’s solo album View From The Hill.

The original painting was donated to the Official Fan Club in 1997.

See PRESS for the Cover of the Official Fan Club Newsletter Autumn/ Winter 1997. ‘All Equal Underneath the Sun’