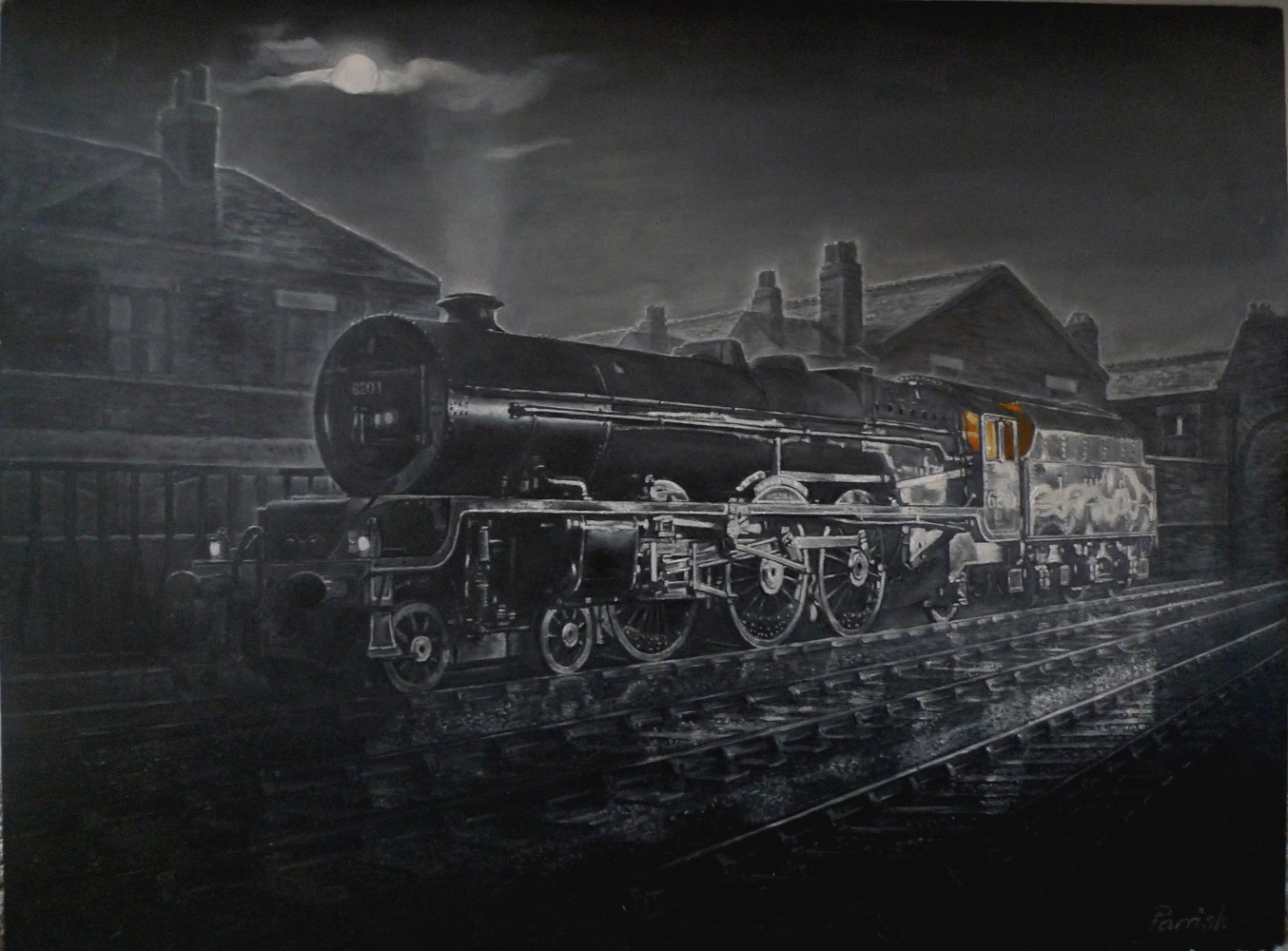 I have portrayed the locomotive in London Midland and Scottish livery no 6201 at Crewe Works in Cheshire UK, where it was originally built in 1933.

This is a modified Locomotive from the original design, including larger Stanier tender, longer fire box and new valve gear.
It is one of 13 locomotives and was used for Express passenger duties across the LMS region prior to Nationalisation
in 1948.
The locomotive was named after the 7 year old elder daughter (Princess Elizabeth, later to become her Majesty the Queen in 1952) of Albert, Duke Of York (later King George VI)

The locomotive was part of the Thames Diamond Jubilee Pageant on 3 June 2012.
Its distinctive whistle sound signalled the start of the event on Chelsea Railway Bridge, London.

It resides at Crewe Heritage Centre from 2009, opened by Her Majesty the Queen in 1987, where she inspected the Locomotive named after her.

Giclee prints size 16 in x 12in priced at £35 each are for sale. 10% from sale of proceeds to be donated to Steamtube website.