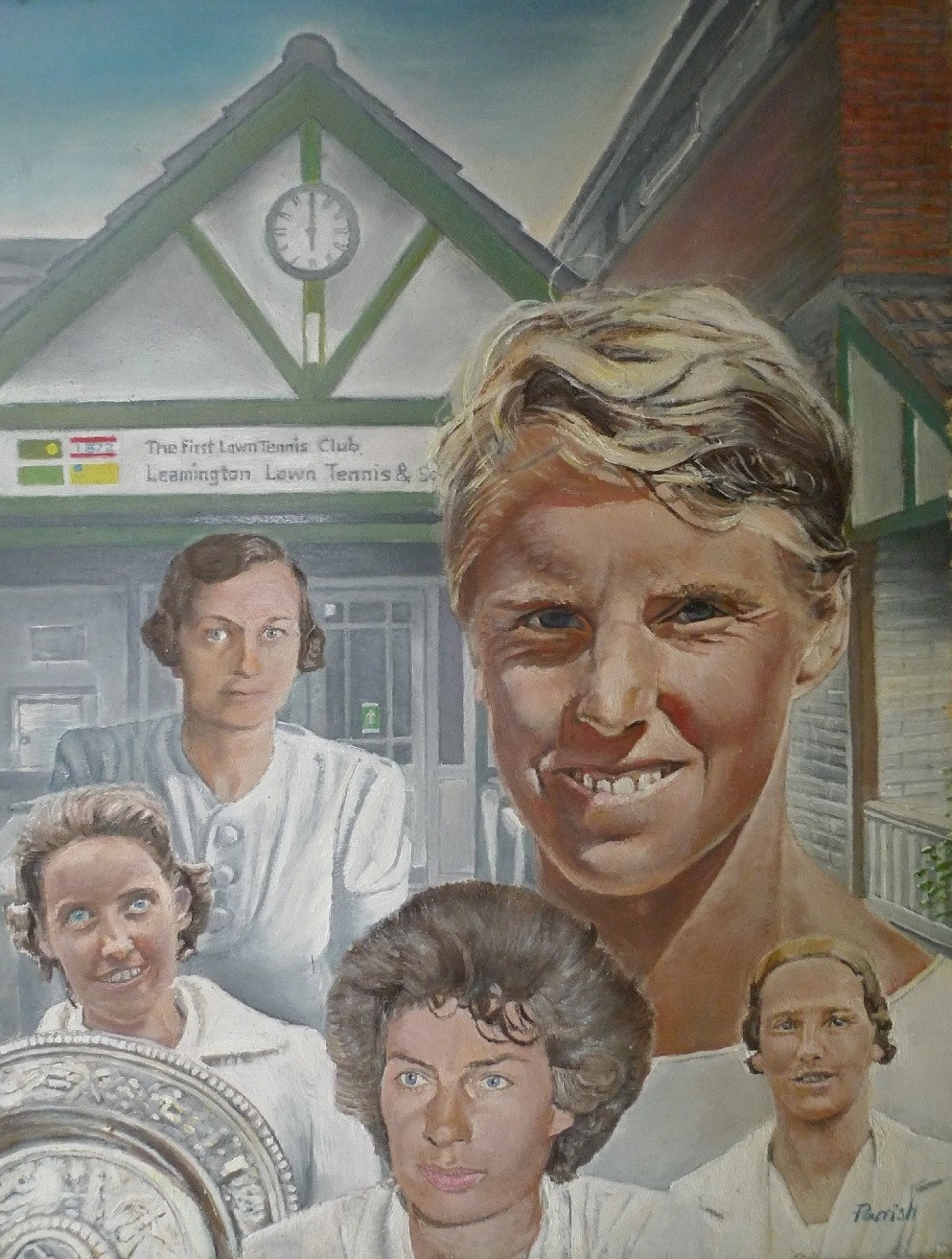 I became aware that Ann Haydn Jones had visited the first lawn tennis club in the country, originally based at the Manor House in Leamington Spa by Harry Gem.

I decided to create a fantasy oil painting portraying the Wimbledon Champions coming to visit this prestigious club.

(the first ever lawn tennis club in the UK)

Select link below for Press Release