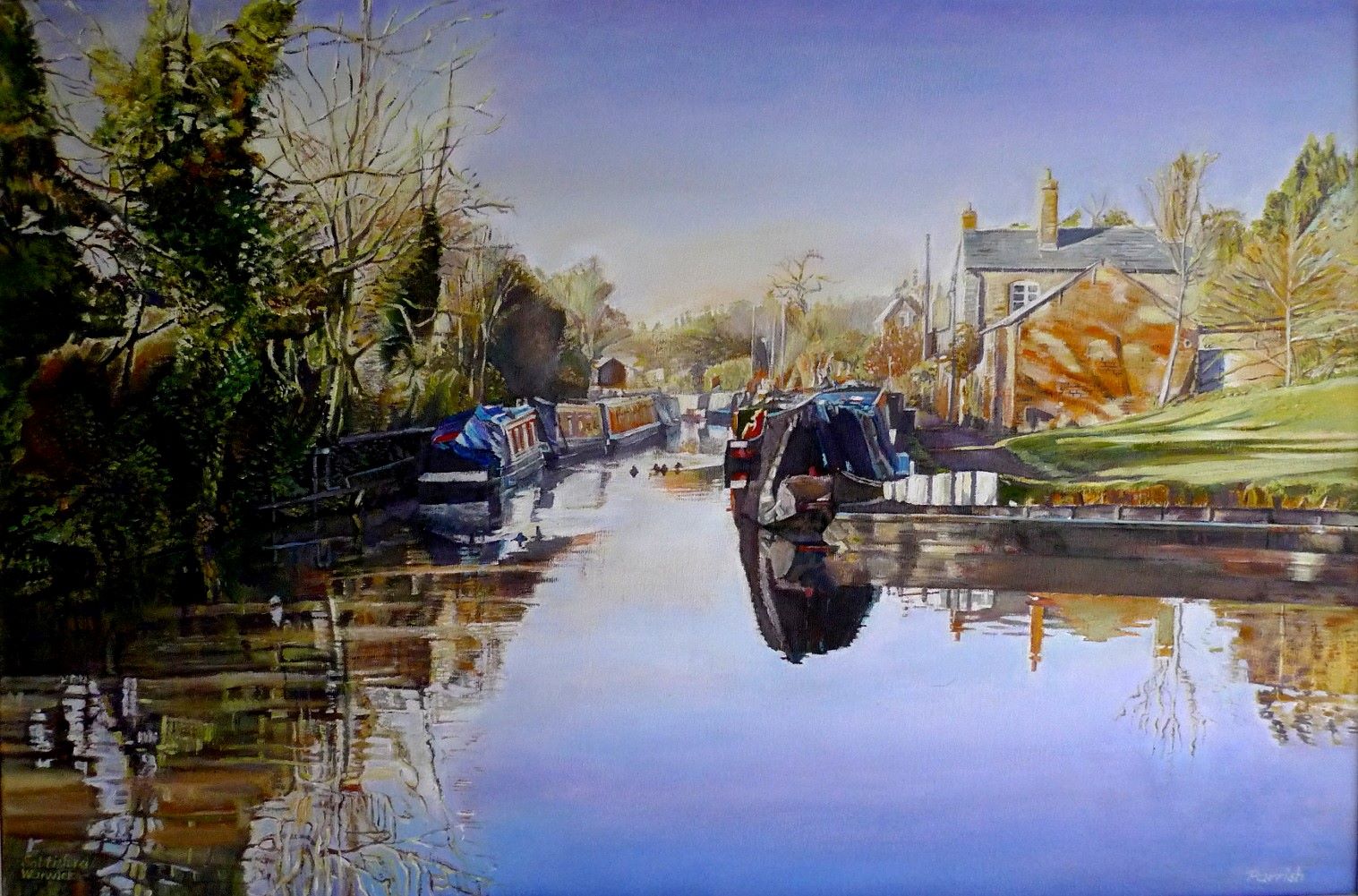 We look down the Grand Union Canal from Saltisford Arm.

See PRESS article in the Leamington Spa Courier March 14 2003. ‘Canals made an impression on artist Kevin’