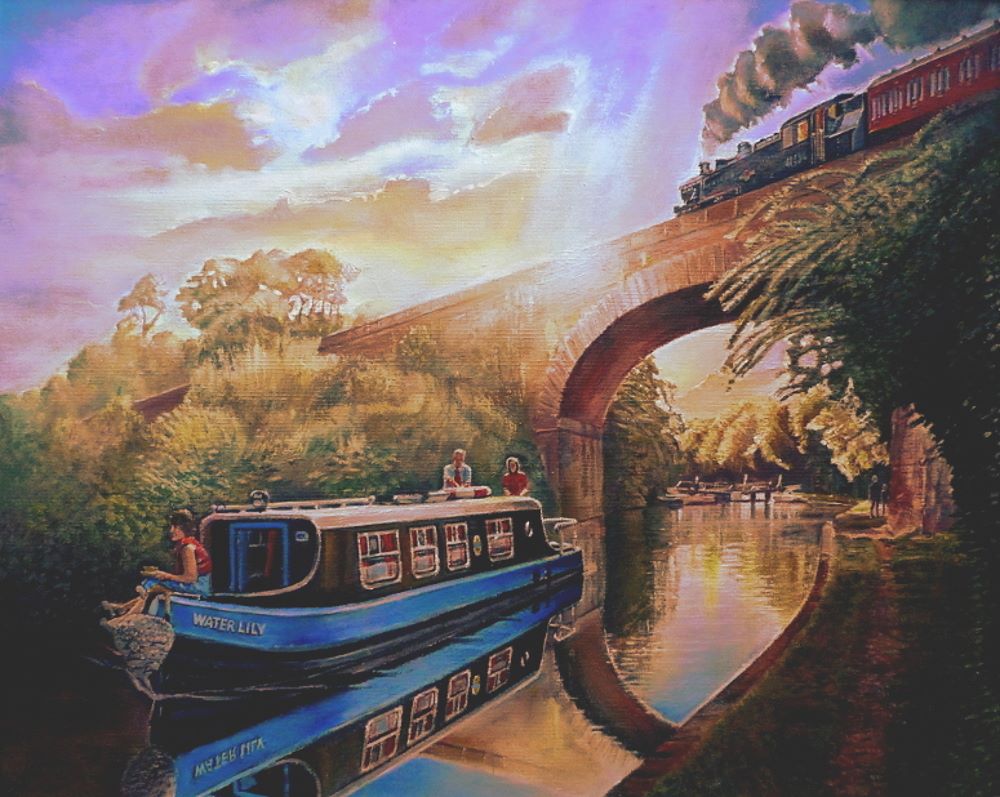 The beautiful Offchurch Viaduct is the setting near Royal Leamington Spa on the Grand Union Canal in the late 1950s for a Canal Cruise.

The LNWR (London North Western Railway) is still in operation over the viaduct before its demise in 1959.

Published by Newcomers Gallery Ltd in 2002