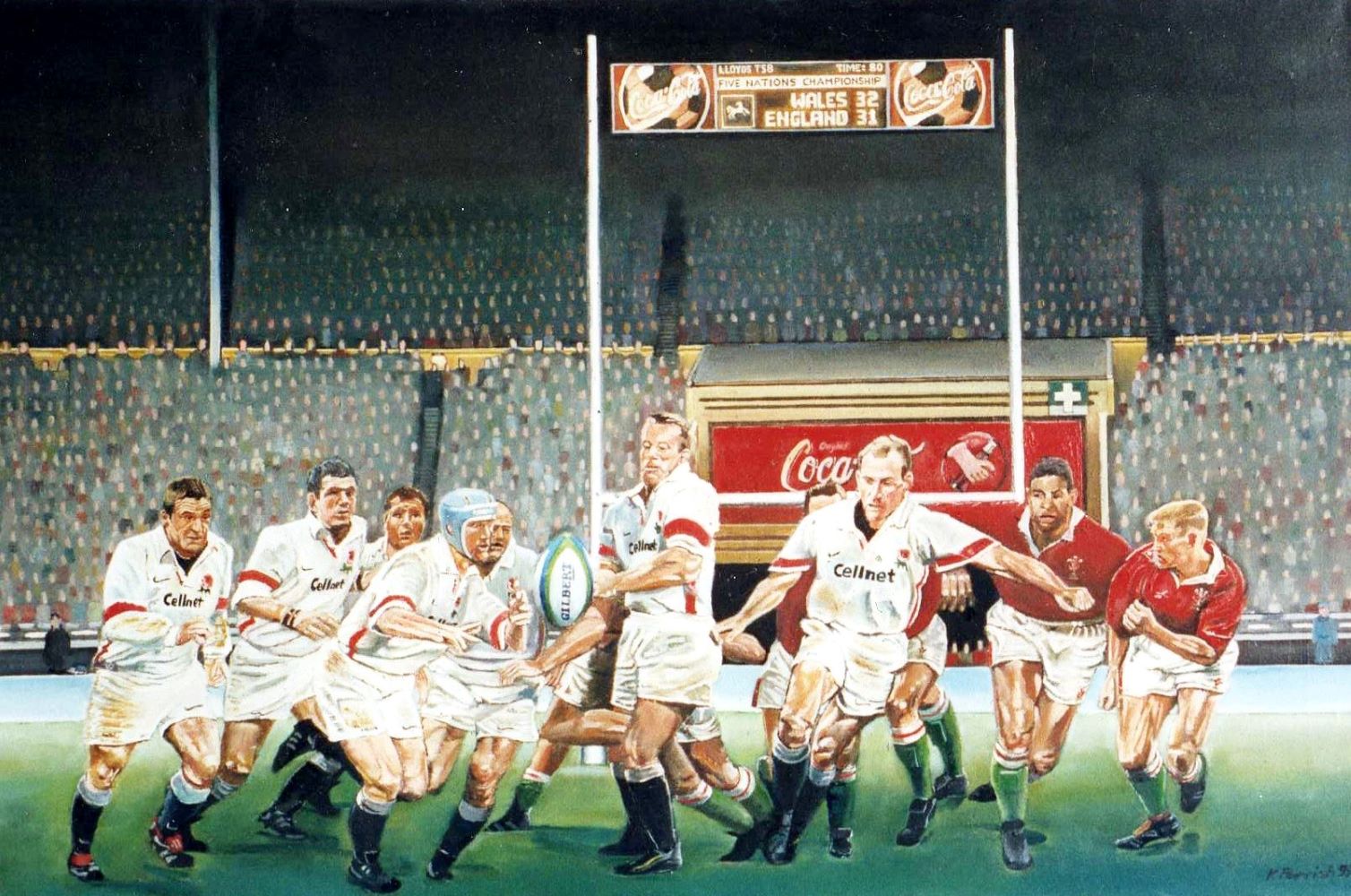 Final at Wembley Stadium London on the 11 April 1999 in the Five Nations Championship.

Scotland went on to win the Championship on points over England.

Framed Prints were promoted through my Rugby loving family in Wales and England in 2003.

Second half of the match at Wembley Stadium