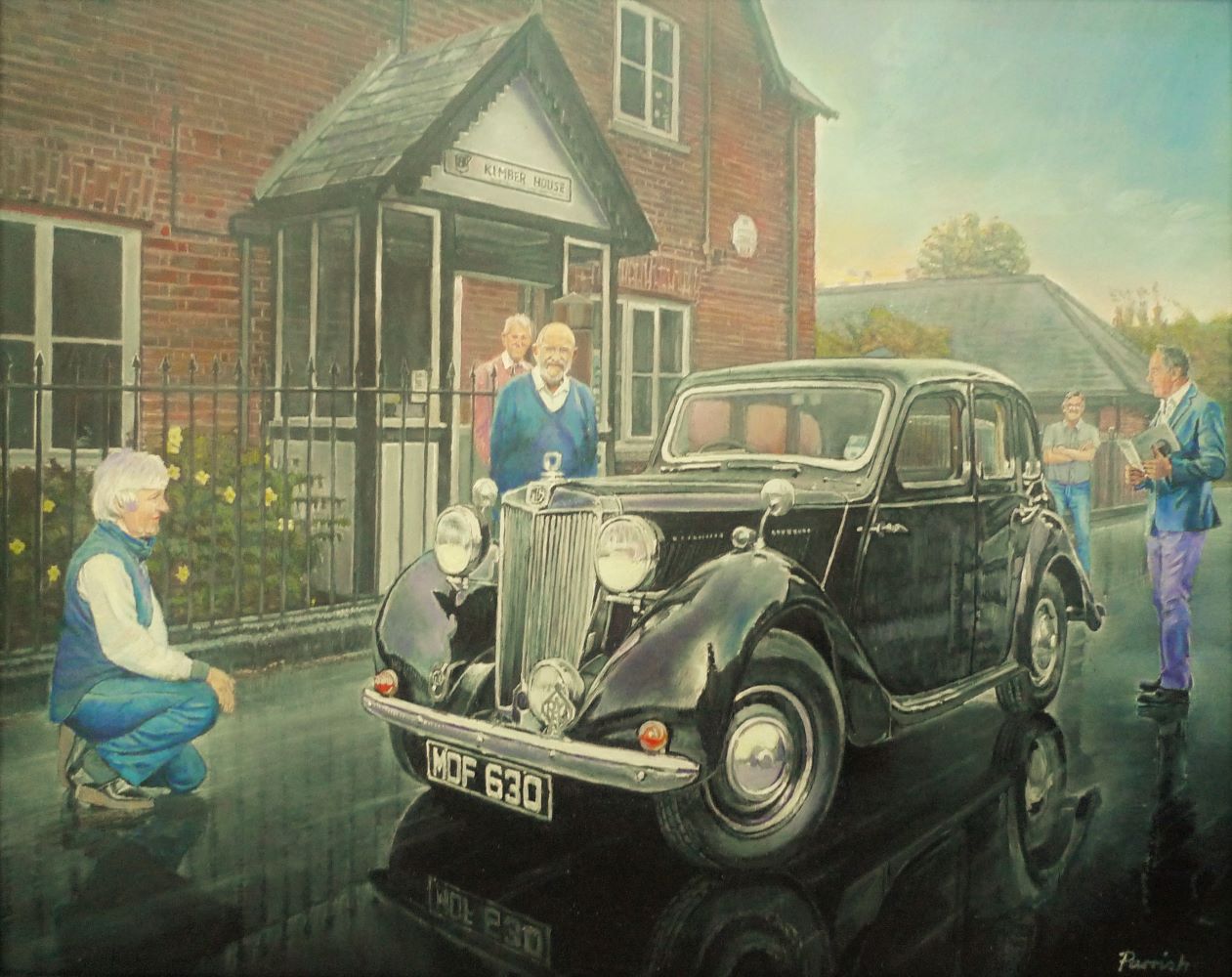 Painted in water based oils

Fine Artist Kevin Alun Parrish of Parrish Paintings was commissioned to create and paint a newly discovered vehicle for the MG Car Club based at Kimber House in Abingdon Oxfordshire UK.

The type of vehicle portrayed on the oil painting (size 20in x16in) is an MG YB  and is comparatively rare. The title of the painting is “Little Gem” derived by the exclamation of one of the members when it was first found as “she’s a little gem”

The original painting is on display at Kimber House (MG Car Club HQ) .

Prints A3 size are for sale. 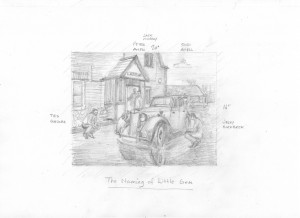 sketch for the “Little Gem” painting 2017 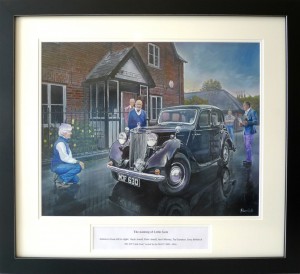 Five members of the MG Car Club look on in awe at the newly found vehicle. 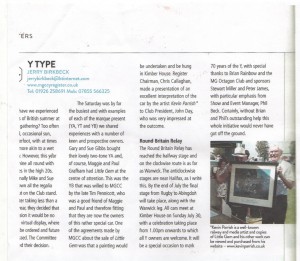