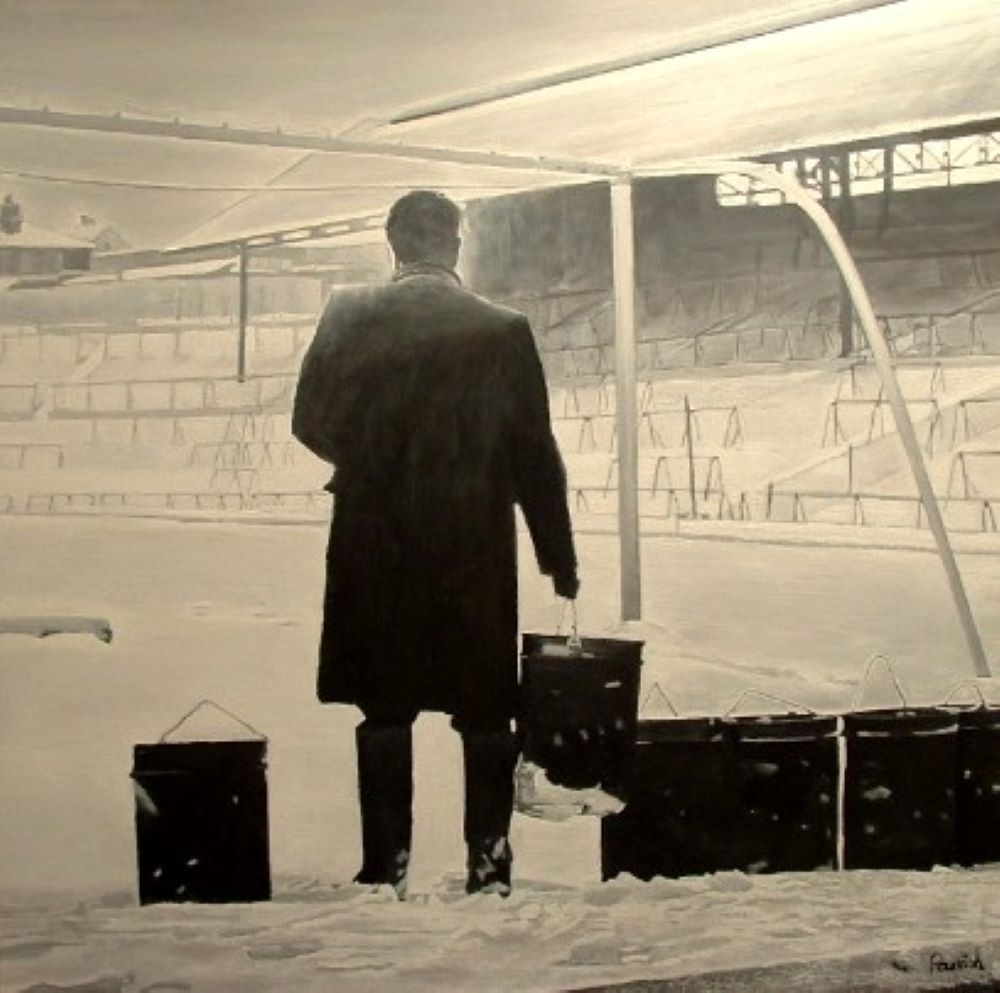 No underground heating under football pitches in 1946. Harry Storer was the Manager of Birmingham City and he led the club to the Football League South Championship in late 1945-46 season.

Here we witness the severe weather of 1947.

Despite the braziers on the pitch to help melt the snow, the scheduled football match surely must be cancelled.

There is simply too much snow to play the scheduled game of Football.

It was postponed to a later date when the weather had improved.