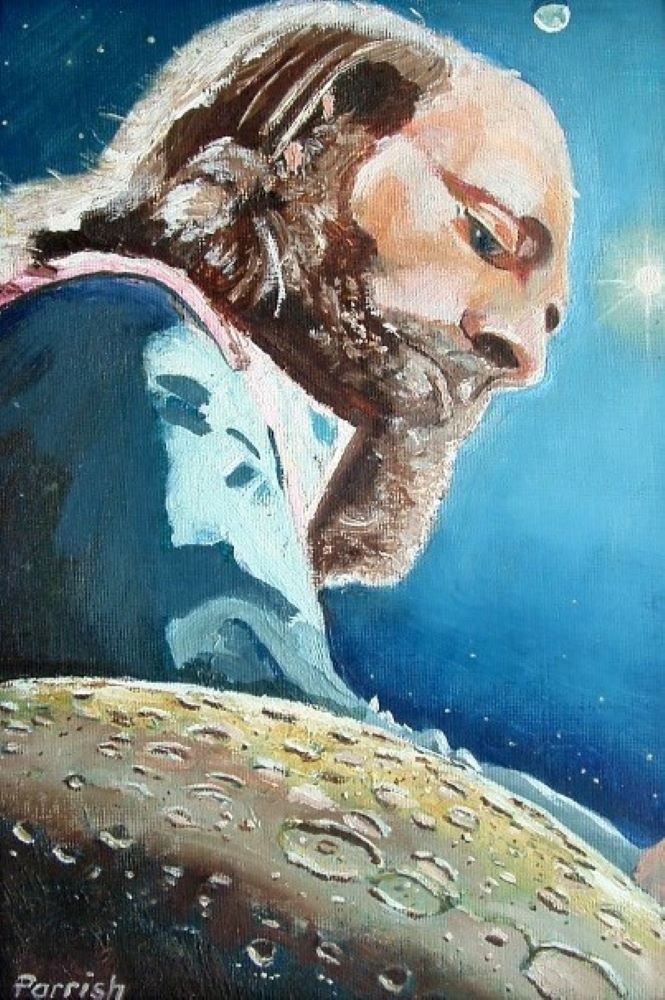 Mike Pinder used to work at Streetly Electronics, Birmingham UK in the 1960s where he developed the sound of the keyboard instrument, the Mellotron. He used it to great effect on the Moody Blues sound and later on his solo projects.

“You are the only Artist to regularly paint Mellotrons and we applaude that!”

“Kevin Parrish’s Moody Blues Art captures, in my opinion, many aspects of the musical journey of the band.

Kevin has a unique way of visually creating the “minds eye concepts” of the songs, the messages and the musicians.”

Mike introduced the instrument to the Beatles in the 1960s, where it was used on the Sergeant Peppers album in 1967.

Mike’s songs are very uplifting to listen to, especially with the atmospheric sound of the Mellotron, in my opinion.

See PRESS article in Have You Heard: The Friends Of Michael Pinder newsletter Issue 9, 1997. ‘One creative step beyond’