The early days of Cliff Richard and the Shadows performing in the late 1950s, who moved onto stardom.

Cliff’s first hit single was called Move It! It was written by Ian Samwell in 1958.

Ian rang me from the USA in 1998 requesting a print from the above image.

The original painting is in a private collection in Europe.

The image was promoted through Dynamite International, one of Cliff Richards charities. 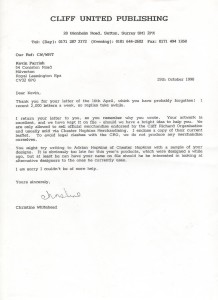 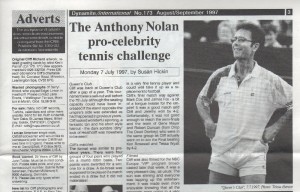 Advertising in Dynamite International no 173