(freehand and paint in water based oils)

The painting was commissioned by the Higher and Higher magazine (Moody Blues) based in the USA.

A magazine devoted to the latest news on the Moody Blues band and their concert tours and studying the bands history over the years.

They wanted me to create a painting relating to the Moody Blues’ classic album ‘On The Threshold Of A Dream’ released in 1969, to suit a featured article on the great album. 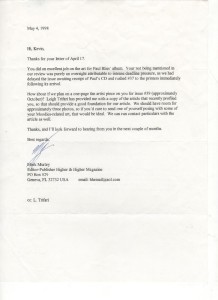 Letter from Mark Murley (Editor of Higher and Higher ,Moody Blues) magazine May 4 1998 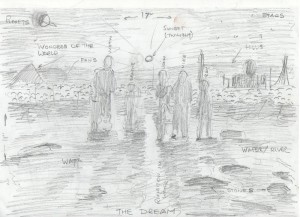 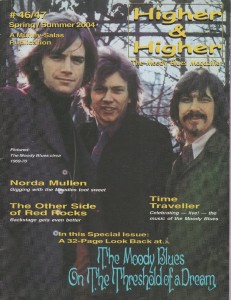