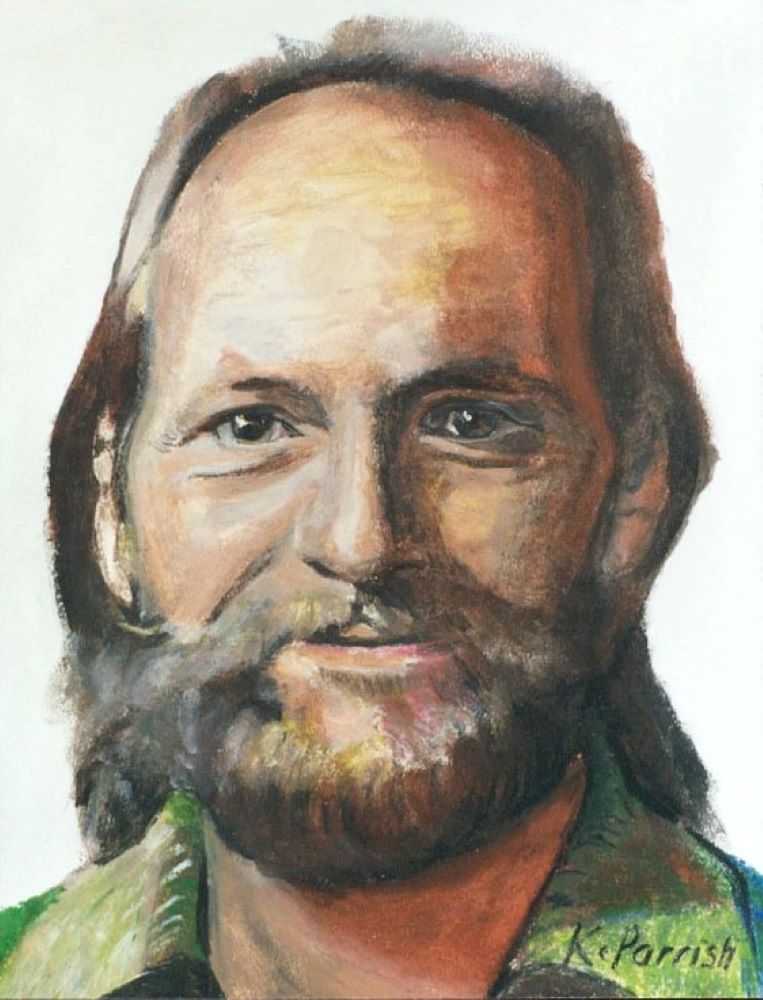 (freehand and painted in oil pastels)

The father of the Mellotron keyboard instrument which was invented in Birmingham in 1963, based on a similar instrument invented by Henry Chamberlain in 1950 from the USA.

Mike used to work at Streetly Electronics, Birmingham UK., where they make Mellotrons and he realised the potential of the musical instrument as a musician.

He used it to great effect with the rock group the Moody Blues and it became part of their distinctive sound sound in their heyday and he is regarded as the conscience of the Moody Blues.

Hear the mellotron on the first seven Moody Blues albums beginning with Days of Future Passed and his solo albums, The Promise and Among The Stars