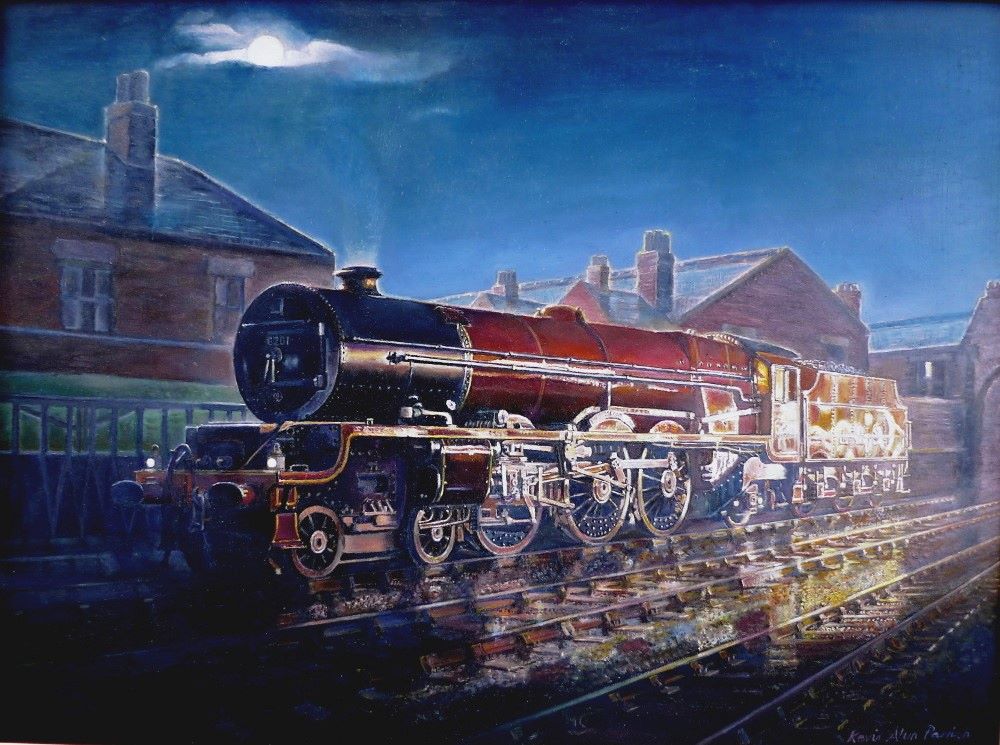 The locomotive is portrayed in crimson lake (London Midland and Scottish) livery no 6201 at Crewe Works in Cheshire UK, as it was first built in 1933 with a Fowler tender and round buffer heads. These were soon modified to oval shape to match the LMS distinctive look

The locomotive underwent modifications in the 1930s, including a longer firebox and a 10 ton coal capacity Stanier tender

It is one of 13 locomotives and was used for Express passenger duties across the LMS region prior to Nationalisation
in 1948.
The locomotive was named after the 7 year old elder daughter (Princess Elizabeth, later to become her Majesty the Queen in 1952) of Albert, Duke Of York (later King George VI)

It resided at Crewe Heritage Centre from 2009, opened by Her Majesty the Queen in 1987, where she inspected the Locomotive named after her.

It later moved to Carnforth Lancashire for maintenance repairs in 2018. 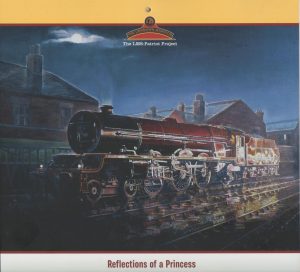 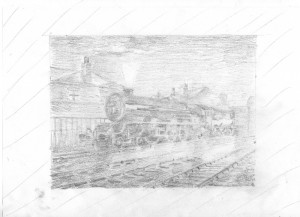