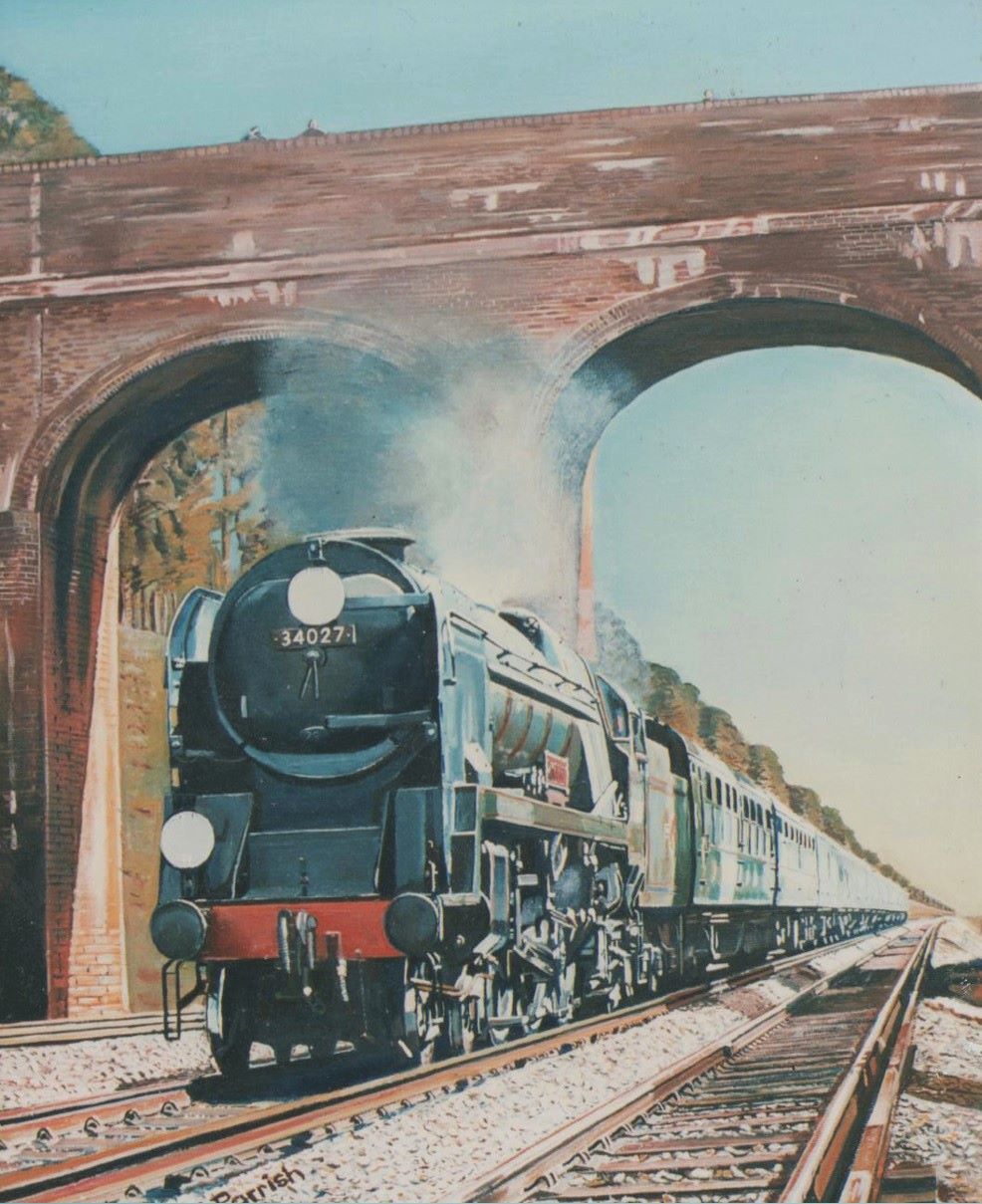 It’s Summer and rebuilt West Country class 34027 4-6-2 locomotive “Taw Valley” is on Southern lines between Padstow and Dover during the early 1960s.

Built in 1946, it was withdrawn from service in 1964 and sent to Barry scrapyard.

It was salvaged and restored to its former glory and eventually began working in steam on the Severn Valley Railway in 1985.

This locomotive was repainted in red livery and used for filming of the Hogwarts Express (Harry Potter films) around the year 2000.

Published as a Greeting card by Medici Society Ltd. in 1996