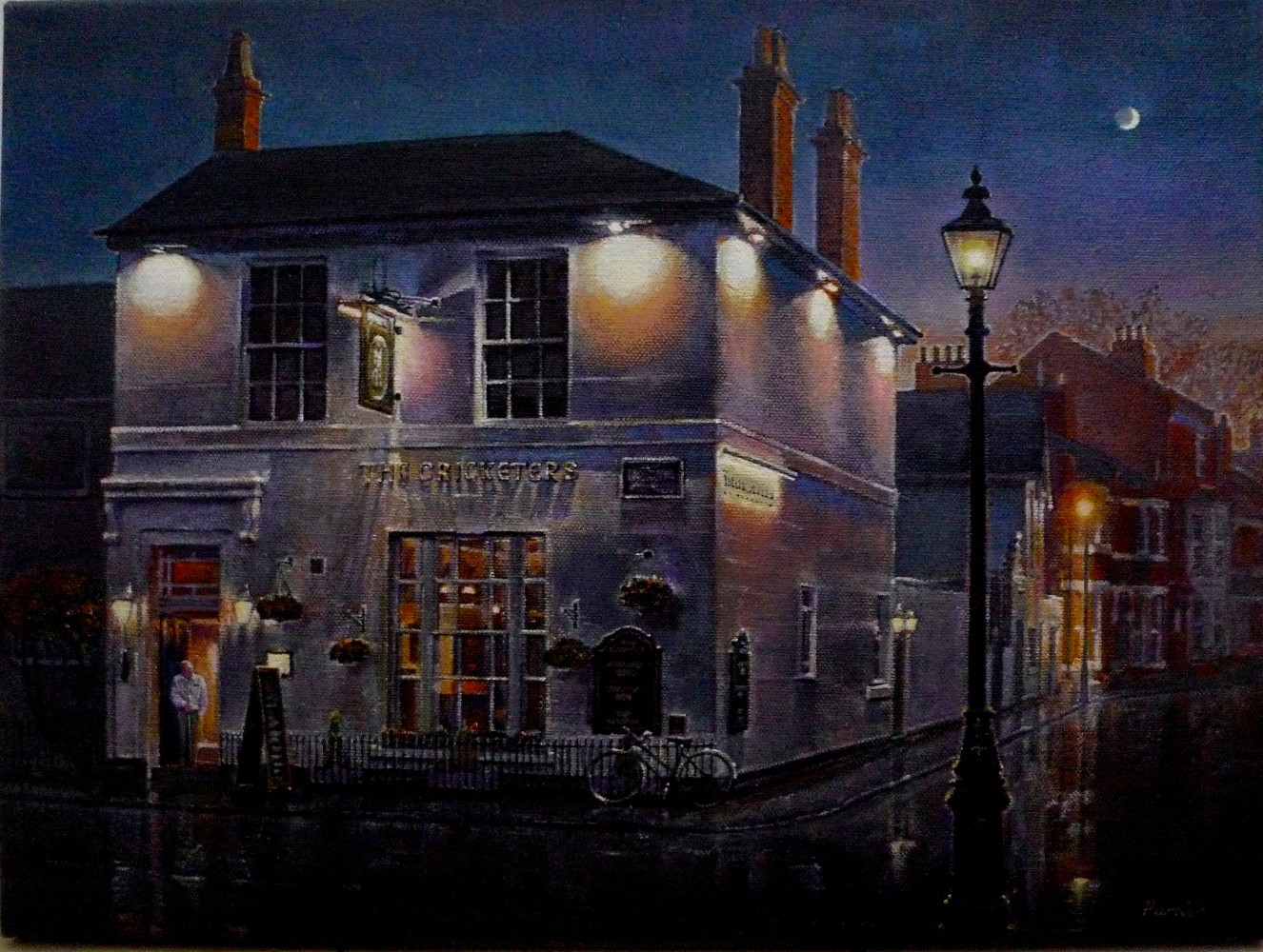 The Plaque on the exterior front wall of the Pub reads

“John Wisden (1826-1884) Cricketer and Almanack Publisher: A cricket ground was created near this spot in 1849 by John Wisden and his friend and fellow player George Parr. Many important matches were played here to large crowds. Wisden lived in the town from 1848 to 1852. In 1850 he founded John Wisden & Co, probably selling sporting equipment. They gave up the lease of the ground in 1863.”

Stephen Baldwin of Leamington Cricket Club has researched Wisden’s involvement in the introduction of top level cricket to the town.

In a briefing at the unveiling ceremony last month he said: “In the late 1840s Leamington, Priors or Spa, was going through a difficult time – it was apparent that changes were needed.

“The Courier showed much enthusiasm for the introduction of top level cricket to the town, so it was agreed to send for a one-eyed bricklayer from Nottingham. William Clarke had set aside his trowel and was the master of the All England Eleven, a touring troupe of many of the country’s very best cricketers.

“Negotiations were conducted, arrangements made and late on the morning of. September 21 1848, the All England Eleven took on a team described as “Twenty-two of Leamington and District”. The All England team included many of the great names of the era; Clarke, Felix, Mynn, Box and George Parr.

“Arthur Haygarth, who had played in the match, recorded: ‘The ground was merely a ridge and furrow field.’

“At this time, the town’s MP was Lord Heneage Guernsey, who was also president of the MCC, a first-rate cricketer and one of the leading members of the influential Leamington Tennis Court Club.

“Wisden was always able to establish good relationships with the gentry and Lord Guernsey promised him support for the new ground. The plan was to make the Parr & Wisden ground a second national centre, after Lord’s Ground, in London

“The highest status games each summer were the two matches North versus South. In both 1849 and 1850 the first match was played at Lord’s and the second on the Parr & Wisden ground. First rate cricket had arrived in Leamington.

“In 1859 lawn bowls were introduced to the ground and are still there today.”