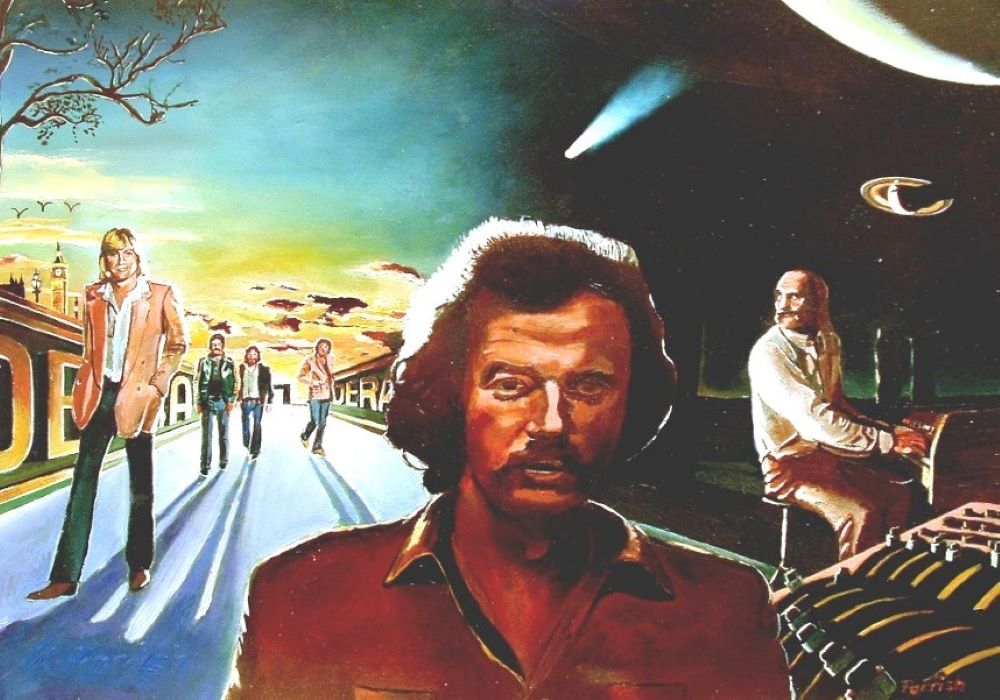 Tony Clarke was the producer for the Moody Blues, including the release of the Bluejays and Octave album in 1978.

He was often called The Sixth Moody, because he produced the wonderful mellotron, textured sound of the Moody Blues.

It’s the end of an era in 1978, where we see Justin, Ray, Graeme and John remaining in the UK to make music and carry on as the Moody Blues.

But Mike Pinder, the conscience of the Moody Blues remains in the USA and goes on to make music as a solo artist.

Tony moves on to produce other musicians.