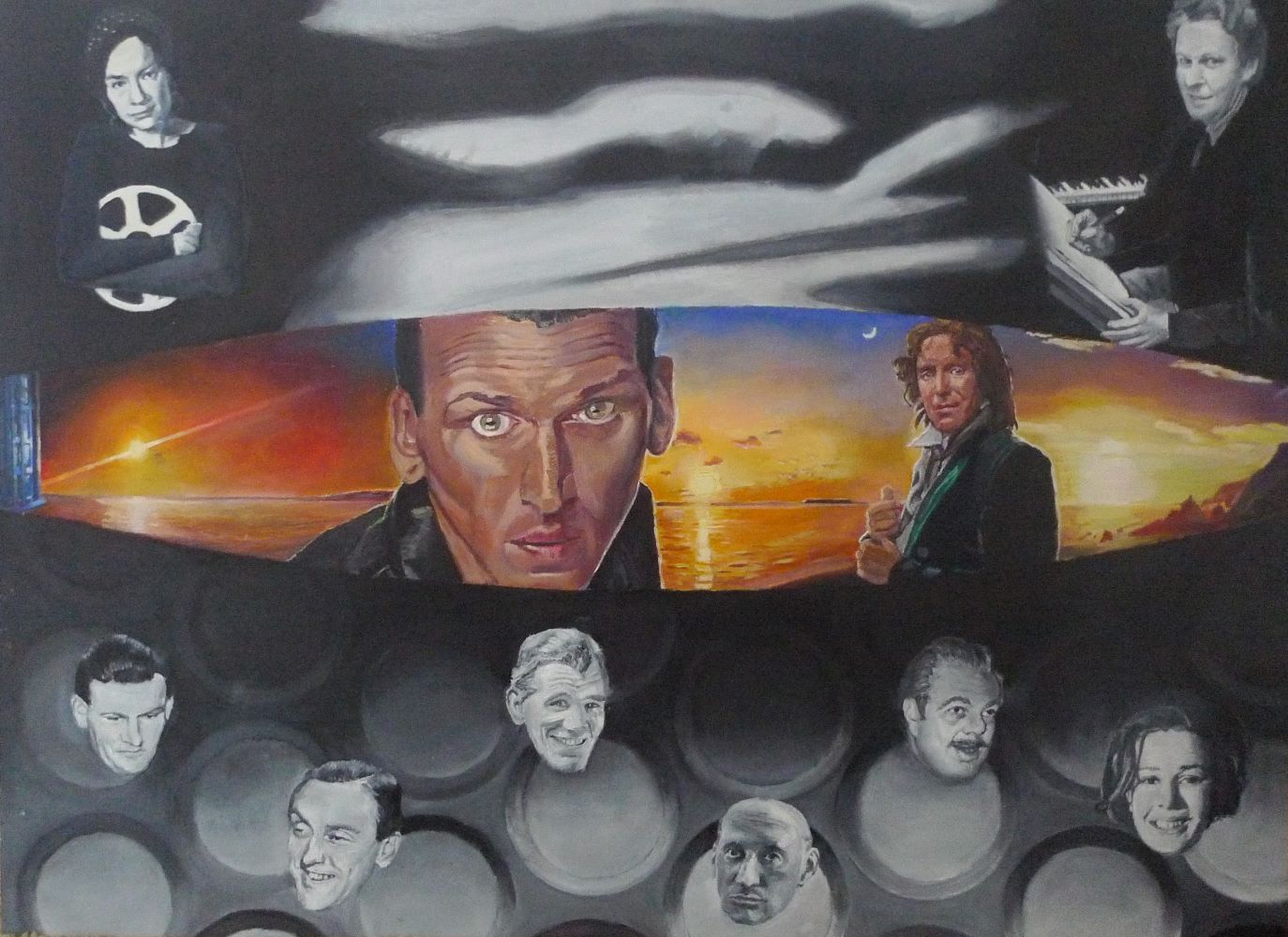 This is my tribute and celebration to the greatest science fiction show of them all and its return to the TV screens in 2005, after a hiatus of some 15 years.

Here we pay homage to some of the heroes of the sci fi legend with people behind the scenes who made the TV program at the BBC a reality from its humble beginnings in 1963.

In portrait monochrome we have the following

He identified the need for a family show on the BBC on a Saturday evening.

DAVID WHITAKER, was the early Doctor Who story editor and writer and responsible for many great story lines including Power Of The Daleks and Enemy Of The World, where 5 lost episodes of the story were found in 2013

DONALD WILSON, was Sydney Newman’s boss and Head of the Series.

SYDNEY NEWMAN, became Head Of Drama in 1962 and made Doctor Who a reality from his belief in the concept.

VERITY LAMBERT, cast the original four main characters for Doctor Who and she became the programs Producer (writers and production)