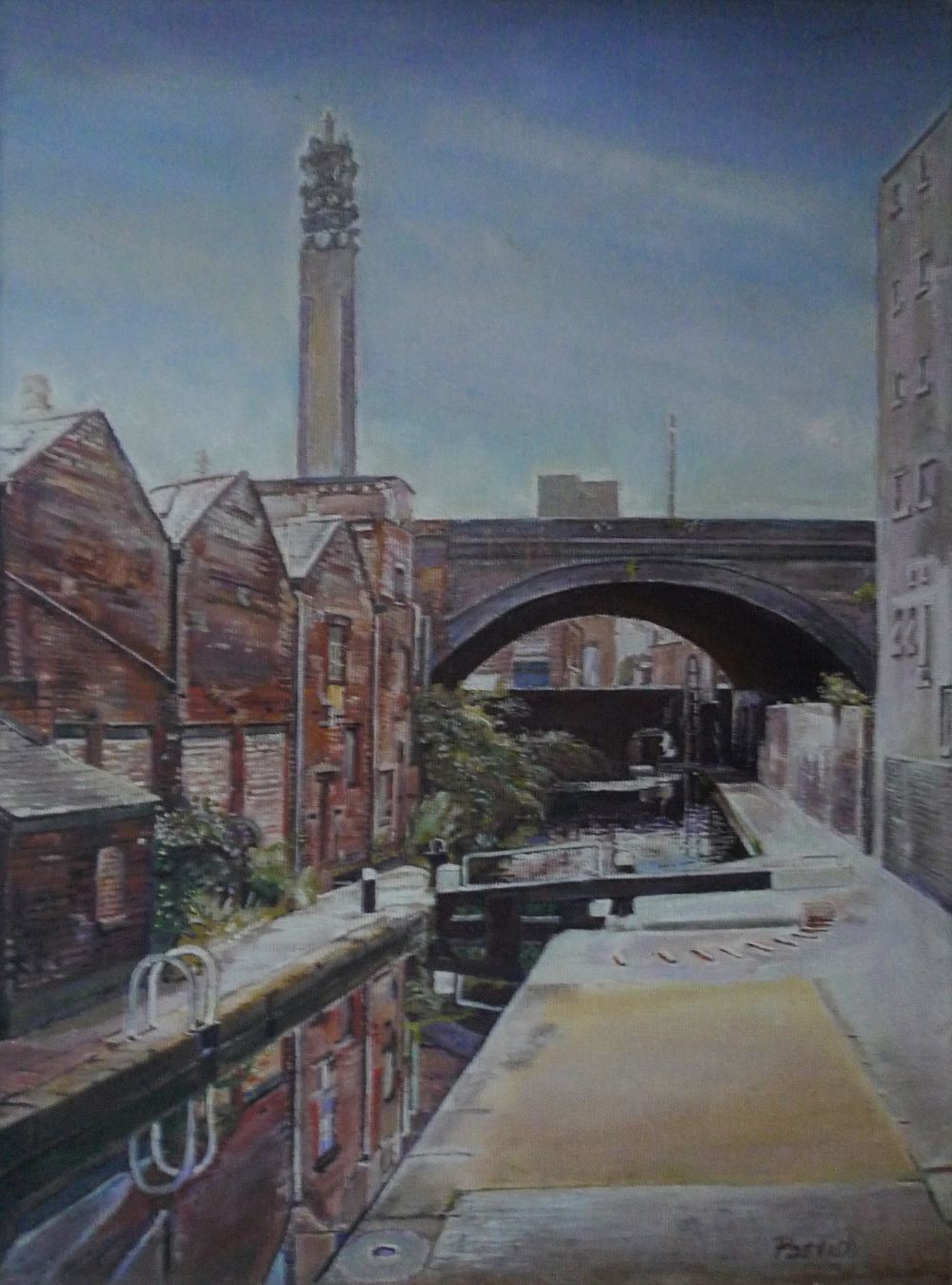 After a visit to the Royal Birmingham Society Of Artists Exhibition in Birmingham UK in 2001, I decided to explore the suburb area of St Pauls, nearby.

I soon discovered steps from the road pavement leading down to the canal towpath on the Birmingham and Fazeley Canal.

The Railway arches carry the Railway line from Snow Hill Station out west to Wales.

The Birmingham Post Office Tower is in the distance.

See PRESS article in the Leamington Spa Courier 14 March 2003. ‘Canals made an impression on artist Kevin’