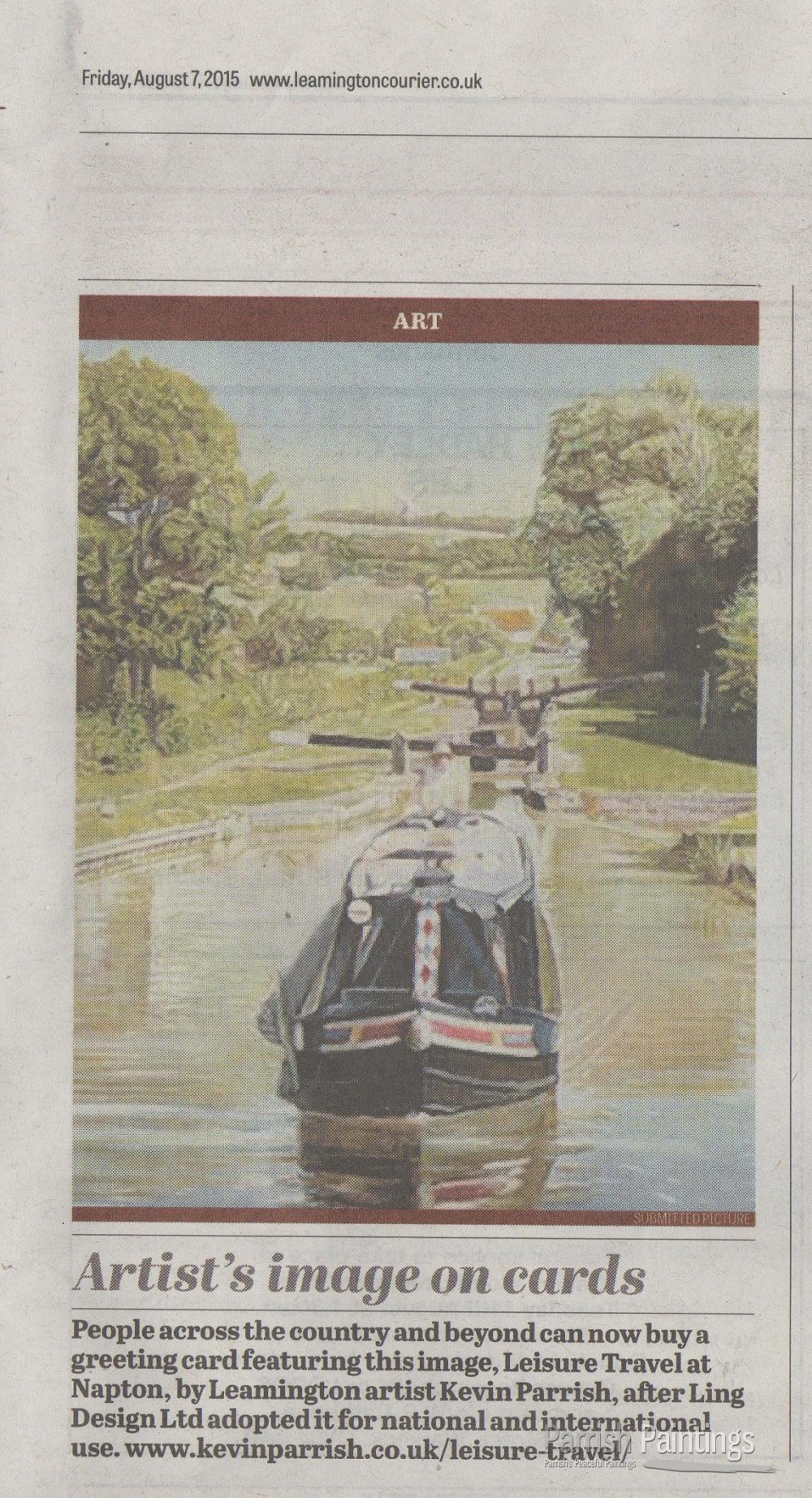 My canal (waterway) paintings were inspired by the Jane Powell Art Studio based in Kenilworth, Warwickshire, where I was Resident Artist at their Gallery from 2000 to 2002. I soon discovered the extensive Waterways network around the Midlands and realised how beautiful it all is in various natural settings. I have tried to reflect this with my canal images. By walking along towpaths at the side of canals, I have found so much inspiration as a visual Artist. Taking numerous photographs, I would return to my studio to create a sketch or sometimes create a sketch insitu. From this I would proceed with the final painting.

Here we have ‘Leisure Travel at Napton’ published onto a Greeting Card in July 2015 by Ling Design Ltd..

For example Offchurch Viaduct, along the Grand Union Canal at Radford Semele near Leamington Spa. This is a beautiful setting and an Artist’s paradise in my view.

This viaduct is portrayed in five of my canal paintings.

Many of my paintings depict trains crossing viaducts during the steam era with cargo boats going under on the canal.