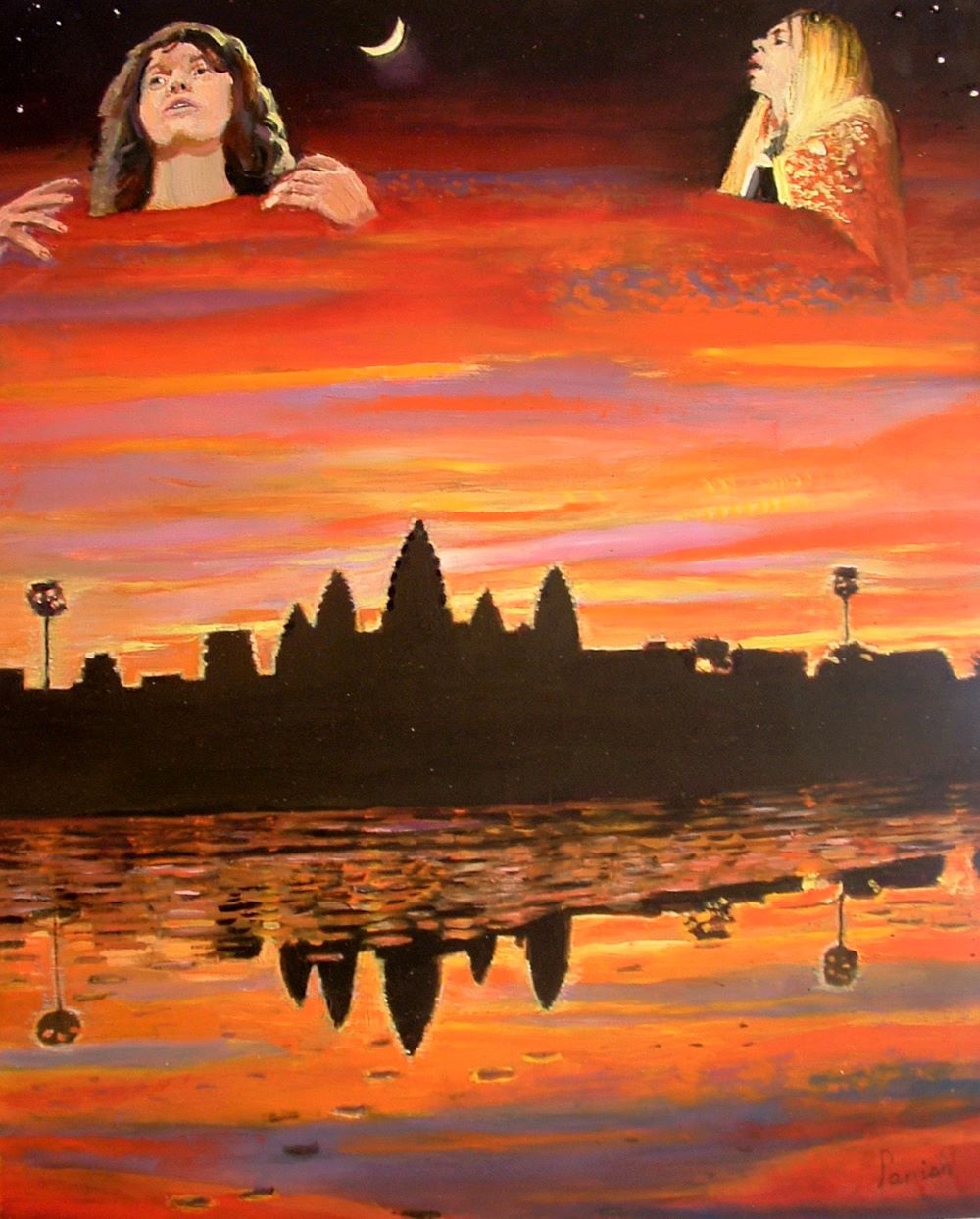 The temple of Angkor Wat was lost in the jungle in Cambodia for over 400 years and has a TIMELESS BEAUTY.

The location of Angkor Wat on Earth has astronomical significance and is regarded as a spiritual centre by the Cambodian people.

This inspired musicians Jon Anderson and Rick Wakeman of Yes, to write a song called Angkor Wat which is on their Union album released in 1991.

This was after hearing about the refugees who live there.

He asked a Cambodian lady, to speak the following at the end of the track in Cambodian language.

We are the Children Of The Universe.

We will live in a world beyond war.

We will live in a world beyond greed and starvation.

We will live in a world of peace, love and understanding because we are the Children Of The Universe.

These words are wonderful and this is my visual recognition. Maybe one day they will be realised on planet Earth.