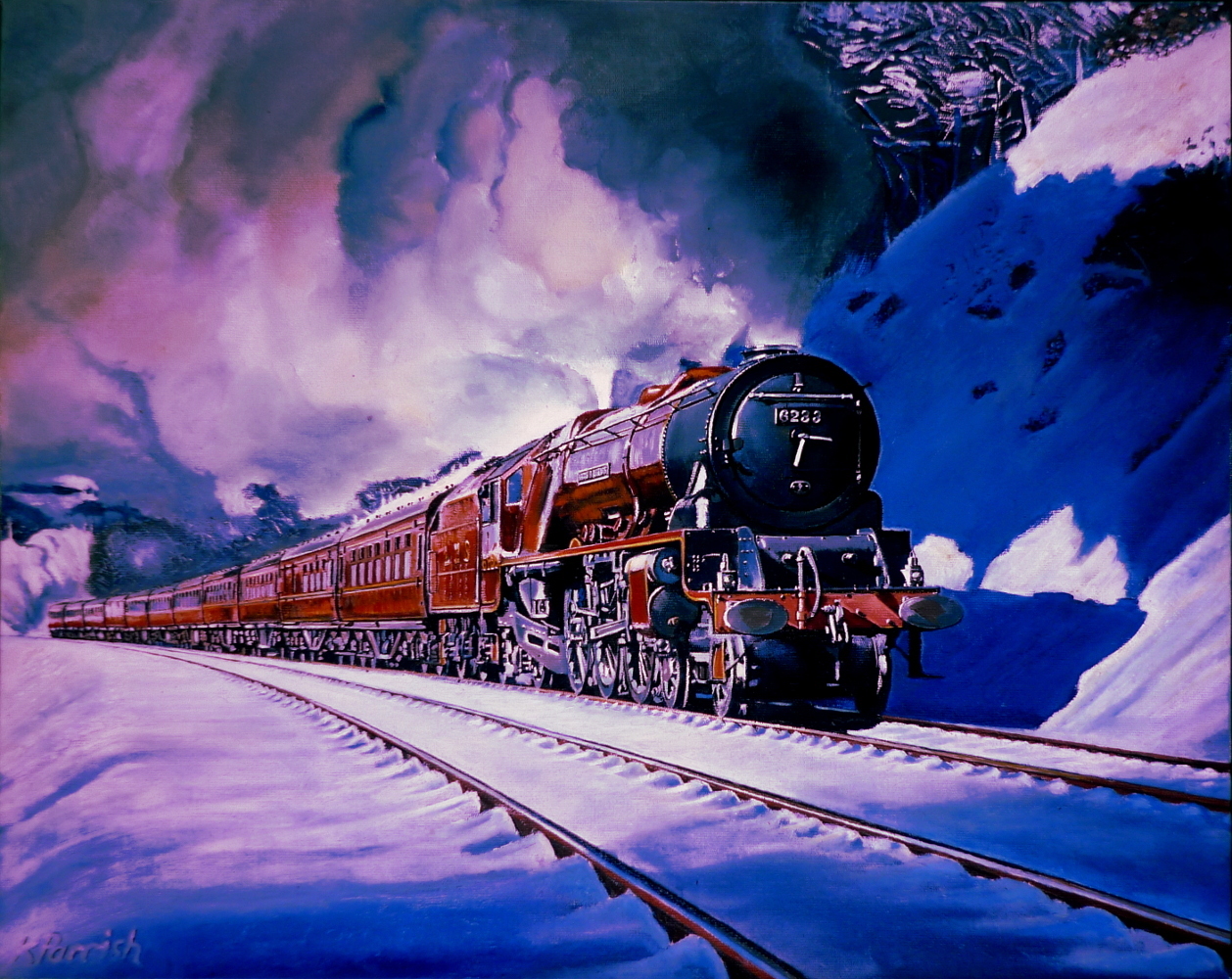 The beauty and majesty of the Duchess and Coronation Class steam locomotives, designed by Sir William Stanier.

Here we have No 6233 in LMS livery, Duchess Of Sutherland hauling an express on the LMS network defying the elements.

The locomotive was later renumbered 46233 under British Railways from 1948.

See PRESS Was published onto a British Steam Railways Calendar in 2006 by Deagostini and published by Getty Images and Pearson Education in 2007.

Prints are available to order from Bridgeman Art Library, London or from the Artist below 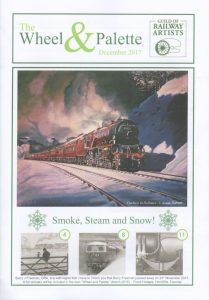