Looking up Smith Street towards St Peter’s Chapel, built on Eastgate, dating back to the reign of Henry VI around 1426.

The Chapel was maintained by the Guild of Warwick and many masses were sung.

In 1576 the Chapel was acquired by the Corporation after falling into disrepair.

In 1788 the chapel was rebuilt in the gothic style by architect Francis Hiom, later the Mayor of Warwick.

Eastgate was the east boundary of the town dating back to the 14th century, along with Westgate and Northgate.

Northgate was demolished in the early 16th century.

On the right, we have King’s High School for Girls, dating back to 1879, when the School became a Girls school.

The school rented out the Chapel from about 1700 until 2009 for extra classroom space.

She is rather fond of medieval and historic Warwick and comes to visit every year if she can.

For more info on the historic building follow Link 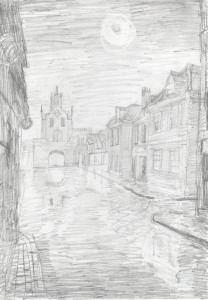 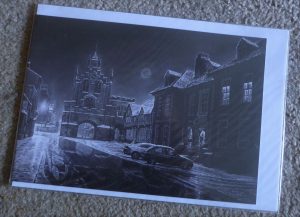