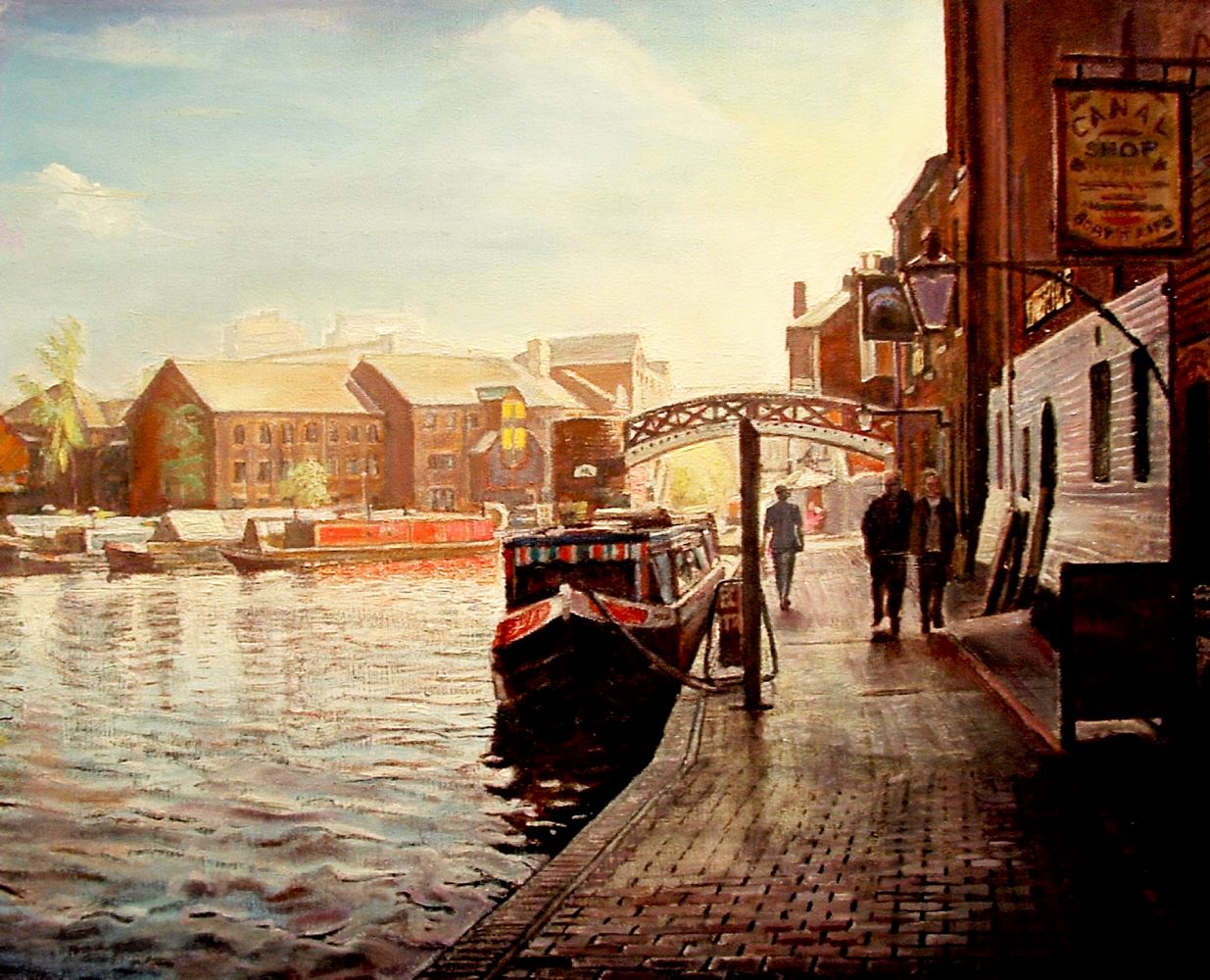 The scene is around the year 2000 along Gas Street Basin in Birmingham UK.

A moored boat, run by Second City Cruises Ltd. awaits tourists to arrive , before embarking on a tour of Birmingham’s Canals.

See PRESS article in the Leamington Spa Courier March 14 2003. ‘Canals made an impression on artist Kevin’