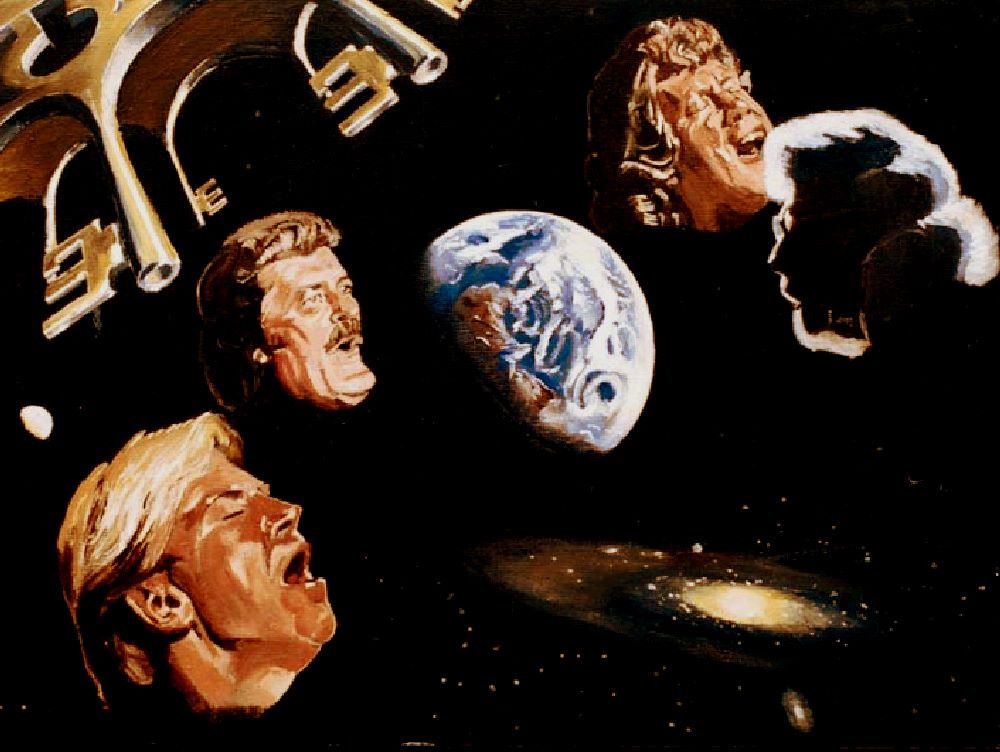 Inspired by The Moody Blues album named Keys Of The Kingdom released in 1991.

Quote from the album sleeve:

‘The key to happiness is truth

The key to truth is love,

These are the Keys Of The Kingdom”.

The Moody Blues sing their songs of TIMELESS BEAUTY

in orbit around Planet Earth hoping that mankind is listening.

The keys to happiness, truth and love revolve above

Planet Earth on the King’s Crown.