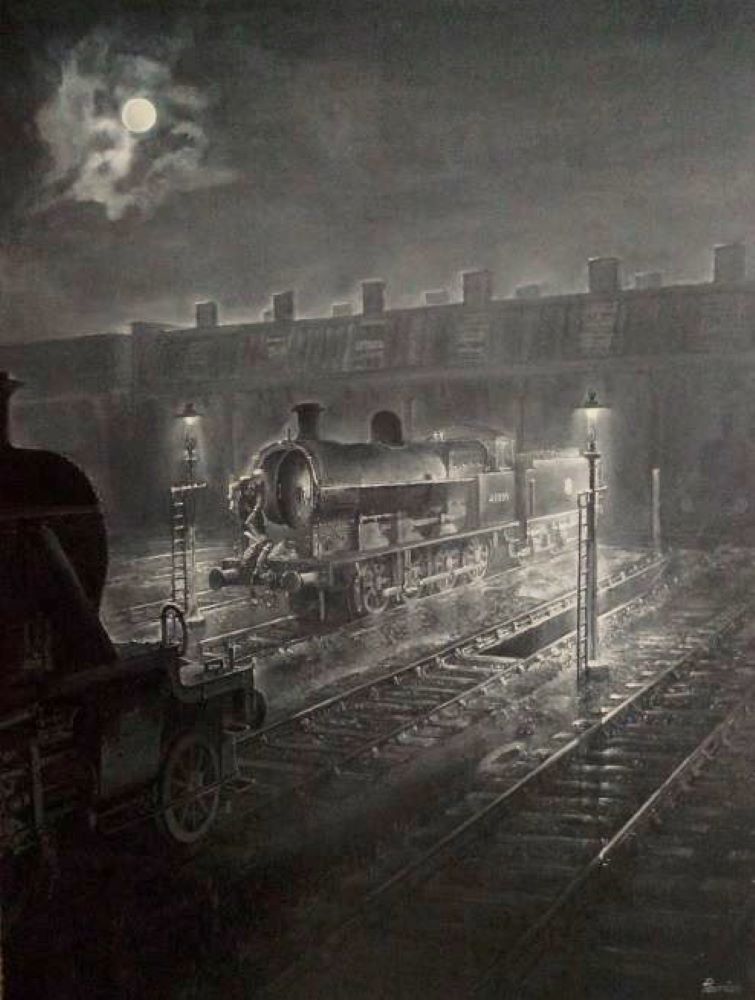 This location is only half a mile from my Art Studio in Royal Leamington Spa.

Here we have a G2 Class LNWR 7F Bowen Cooke steam locomotive being serviced under gas lamps around the time of Nationalisation in 1948 at Warwick Milverton Engine Shed 2C.

It is now demolished and now has been replaced by a housing estate.

Its history goes back to 1844, when it was built as a two road engine shed along with a small turntable.

In 1930 a 60 feet diameter turntable was built in place of the smaller one under the auspices of the LMS.

However the building of coal and ash plants was suspended owing to the outbreak of World War II.

The shed was under the jurisdiction of Rugby from 1935.

In 1948 the shed was recorded to 2C under the control of the British Railways Board.

The shed was closed in 1958 for economic reasons and duties transferred to Leamington Engine Shed nearby.

The sheds were used to stock Diesel Multiple Units for a while after the sheds official closure.

Giclee prints size 16 in x 12in priced at £60 each are for sale. 10% from sale of proceeds to be donated to Warwickshire Railways website. 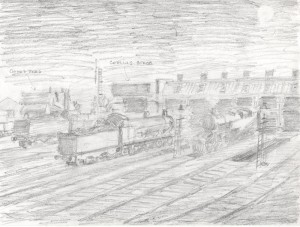