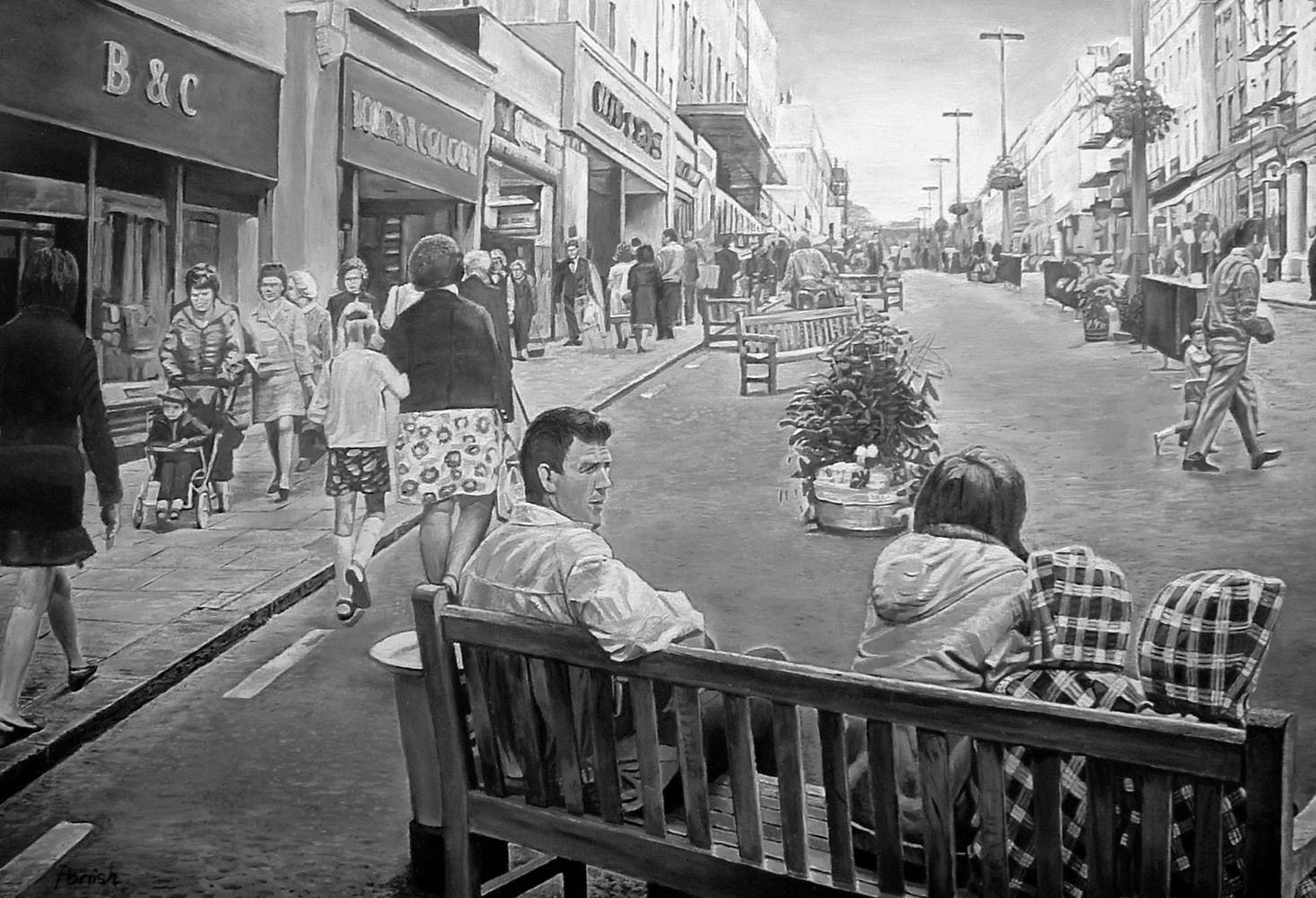 The Parade, Royal Leamington Spa had become pedestrianised with no traffic. This was an experiment in the 1970s. It did not last long.

Traffic was soon allowed access back onto The Parade until 2020, when it became pedestrianised again owing to the Pandemic