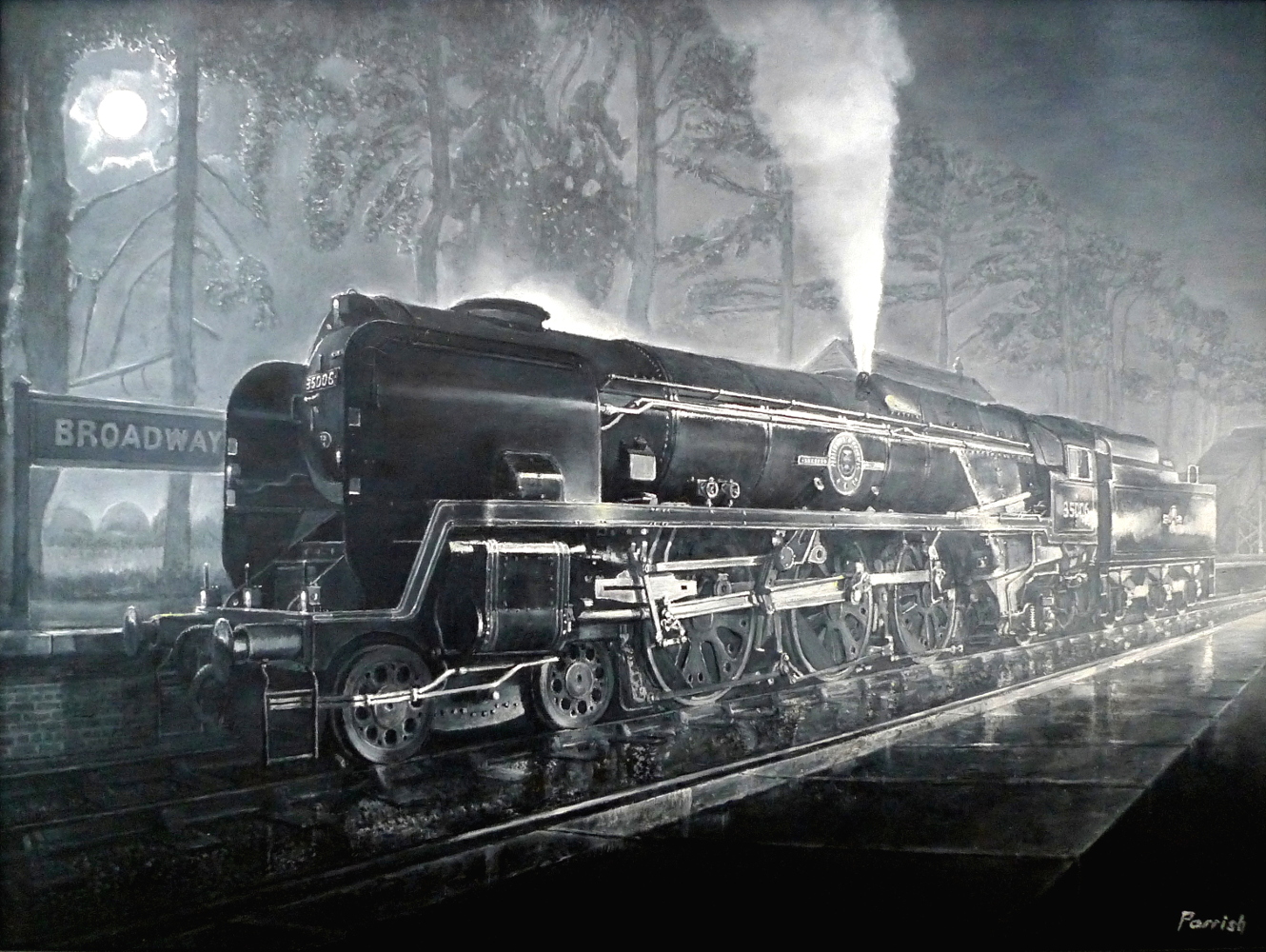 freehand and painted in water based oils

“Peninsula and Oriental” renamed Merchant Navy Class no 35006 stands at Broadway Station on a wet night in the Cotswolds.

After seeing a short video of newly restored Merchant Navy Class no 35006 and hearing steam enthusiast and Fireman Mr Pete Waterman renaming the Locomotive and recognising all the hard work that volunteers on the Gloucestershire Warwickshire Railway have put in over the last 30 years, I felt inspired to create a painting of this magnificent looking steam Locomotive designed by Mr Oliver Bullied in 1941.

The 35006 Loco. Co. Ltd. has owned MN 35006 since 1983 when it bought it from Barry scrap yard and transported it to Toddington on the GWSR to restore it to working order.

The Tender was missing, having been sold to another group, so a new tender had to be built.

The locomotive moved under its own steam for the first time in 2015, and made its public debut in May 2016 at the GWSR Steam Gala where it was one of the main attractions.

(Please note: 35006 Loco Co. Ltd. is not party to the customer sales offer or transactions)