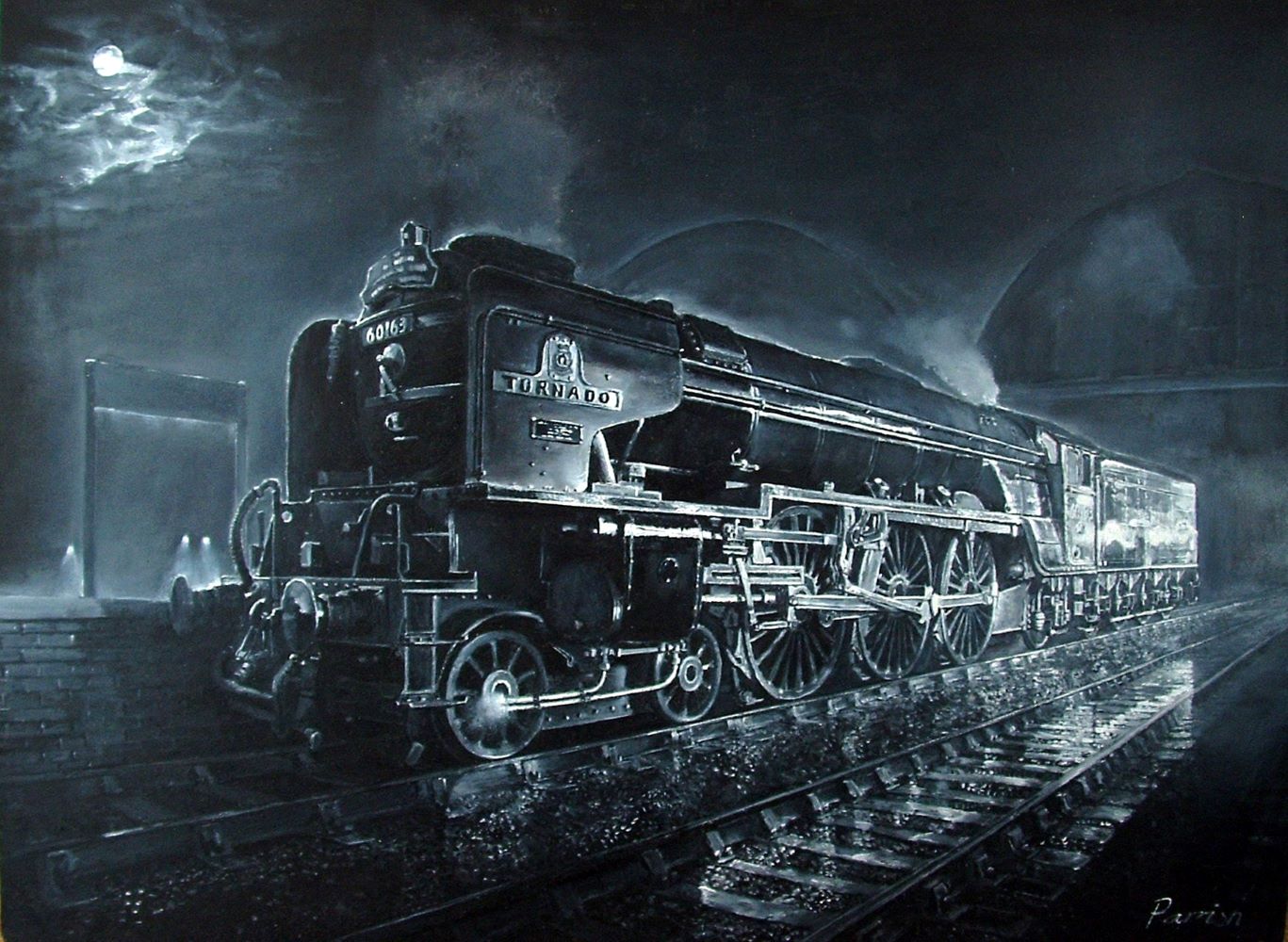 This my tribute to the people involved with The A1 Steam Locomotive Trust for building and completing the 50th A1 Locomotive, No 60163 Tornado in 2008, after the previous 49 locomotives were scrapped with the demise of steam in 1968.
I have been inspired by their achievement to create this image.
My interest in the A1 Pacifics goes back to my childhood and it is a joy for me to know that once again we have a representative of this great steam locomotive class, originally designed by A H Peppercorn.

I, the Artist, have been endorsed by THE A1 STEAM LOCOMOTIVE TRUST

They approved this image and I have secured a licence agreement set up by the Trust to sell Giclee prints size 16 in x 12in priced at £60 each.

From sale of proceeds 10% will be donated to The A1 Steam Locomotive Trust . 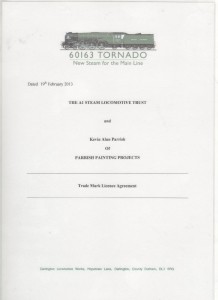