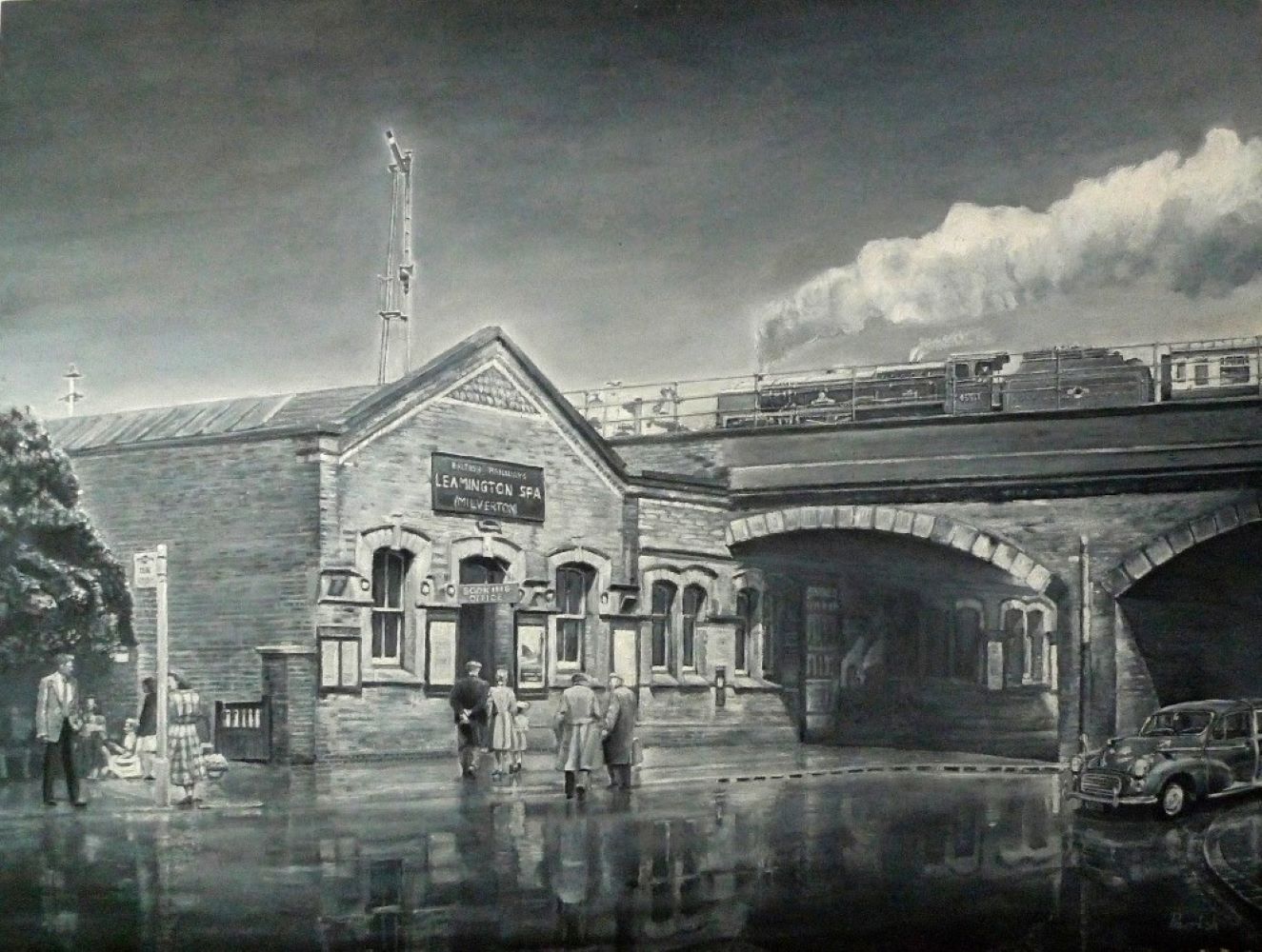 This Railway Station (Warwick Milverton) was closed in 1965 and demolished in 1968.

The Station was originally a terminus called Leamington and opened in 1844, with a branch line to Coventry.

The Station’s name changed many times during its life and was finally named Leamington Spa (Milverton) by British Rail in 1952.

The Booking Office at road level (depicted above) was attacked by an IRA bomb prior to World War II.

Here, we see a Patriot Class 4-6-0 no 45551 hauling an express train on its way to Liverpool via Berkswell on the former LNWR (London North Western Railway)

The choice of Locomotive number was inspired by The LMS-Patriot Project based in Llangollen, Wales.

The original painting won First Prize, as voted by the Public in the Kenilworth Arts Festival , Warwickshire, UK. 2011 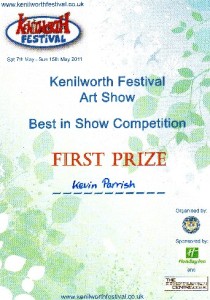 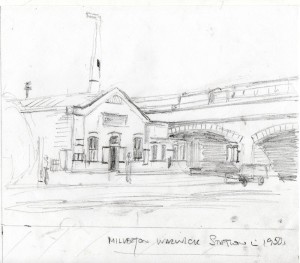 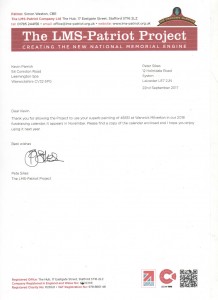 Kevin’s image is used in the 2018 Fund Raising Calendar for the LMS Patriot Project.

acknowledgement letter from Pete Sikes above 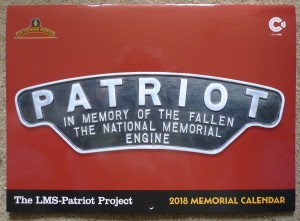 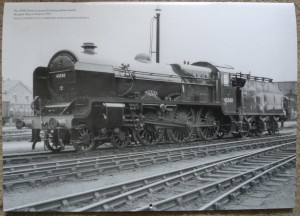 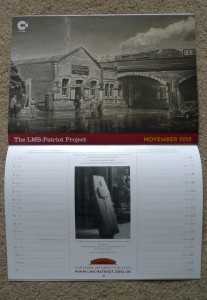 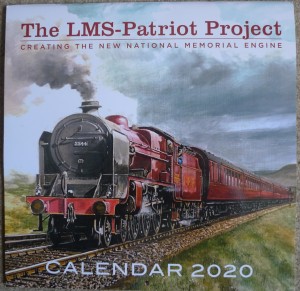 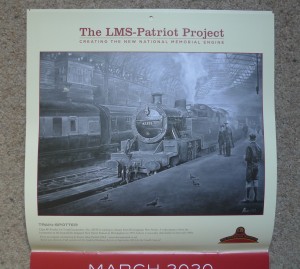 10% from sale of proceeds will be donated to