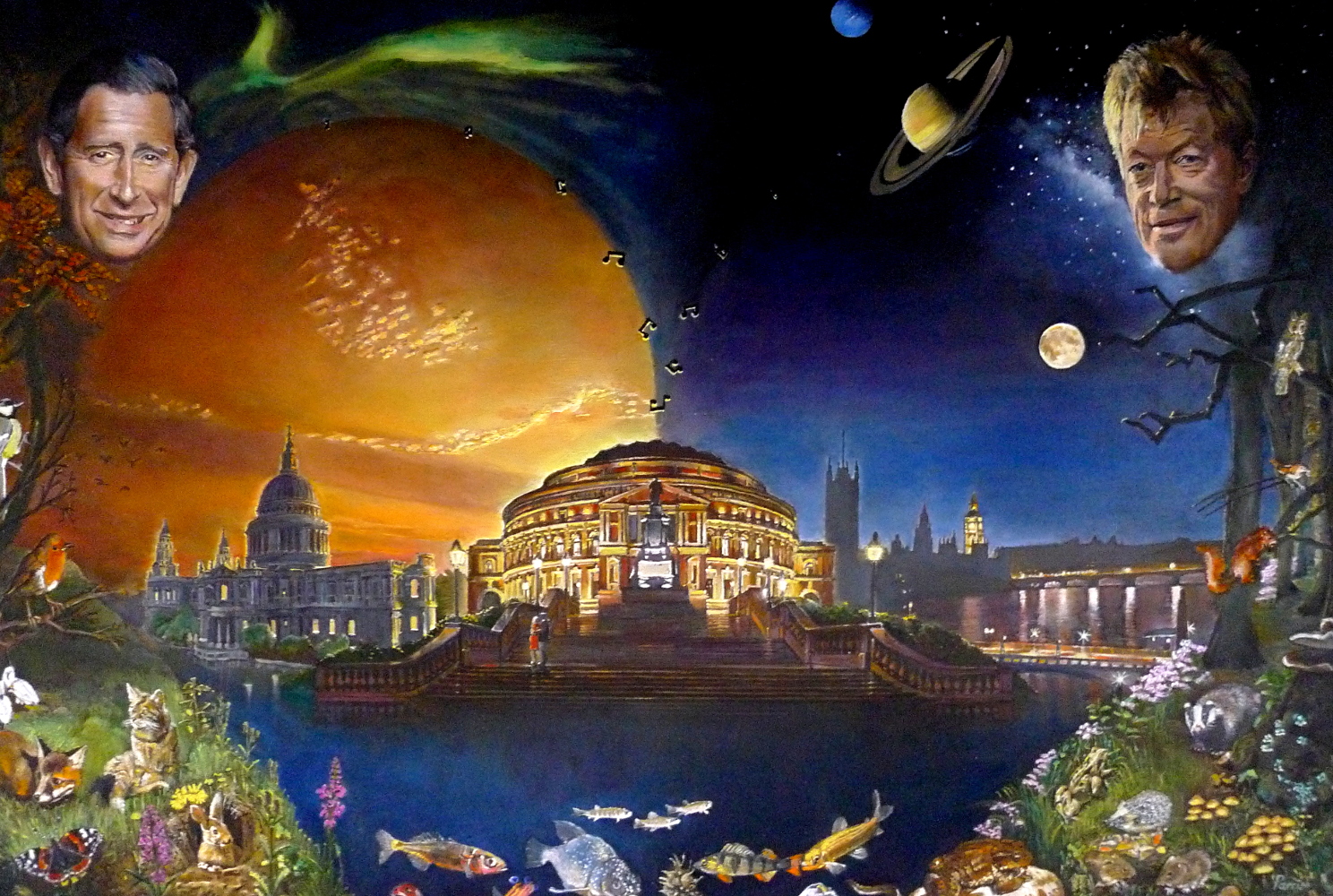 This painting was inspired by my understanding of life with the help of two great Philosophers, namely Prince Charles and his books entitled ‘Harmony’ (published in 2010) and ‘A Vision Of Britain’ (published in 1987) along with his TV program of the same name. The second Philosopher is Roger Scruton and his TV program, first shown in 2009, called ‘Why Beauty Matters’, presented by Roger.

We have the beautiful Planet Suite composed by Gustav Holst being played in the Royal Albert Hall by The Royal Philharmonic Orchestra. Sound waves of the music emanate from the Hall and reach out to the planets and stars above along with the sounds of nature that surrounds us. Everywhere love is all around.

I sent the image to Roger at the end of February 2013 and he replied with the these words.

“Thank you very much for the tribute which I enjoyed very much.

It is great to have such encouragement from a real artist.”

Watch programme by following link below

Published in the Mosaic Lifestyle magazine (Royal Leamington Spa) in 2012.

See PRESS for image on page in magazine. 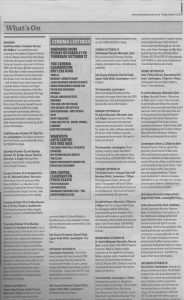 (Why Beauty Matters , left column half way down) 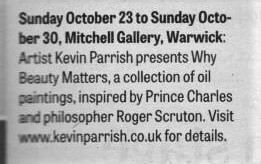