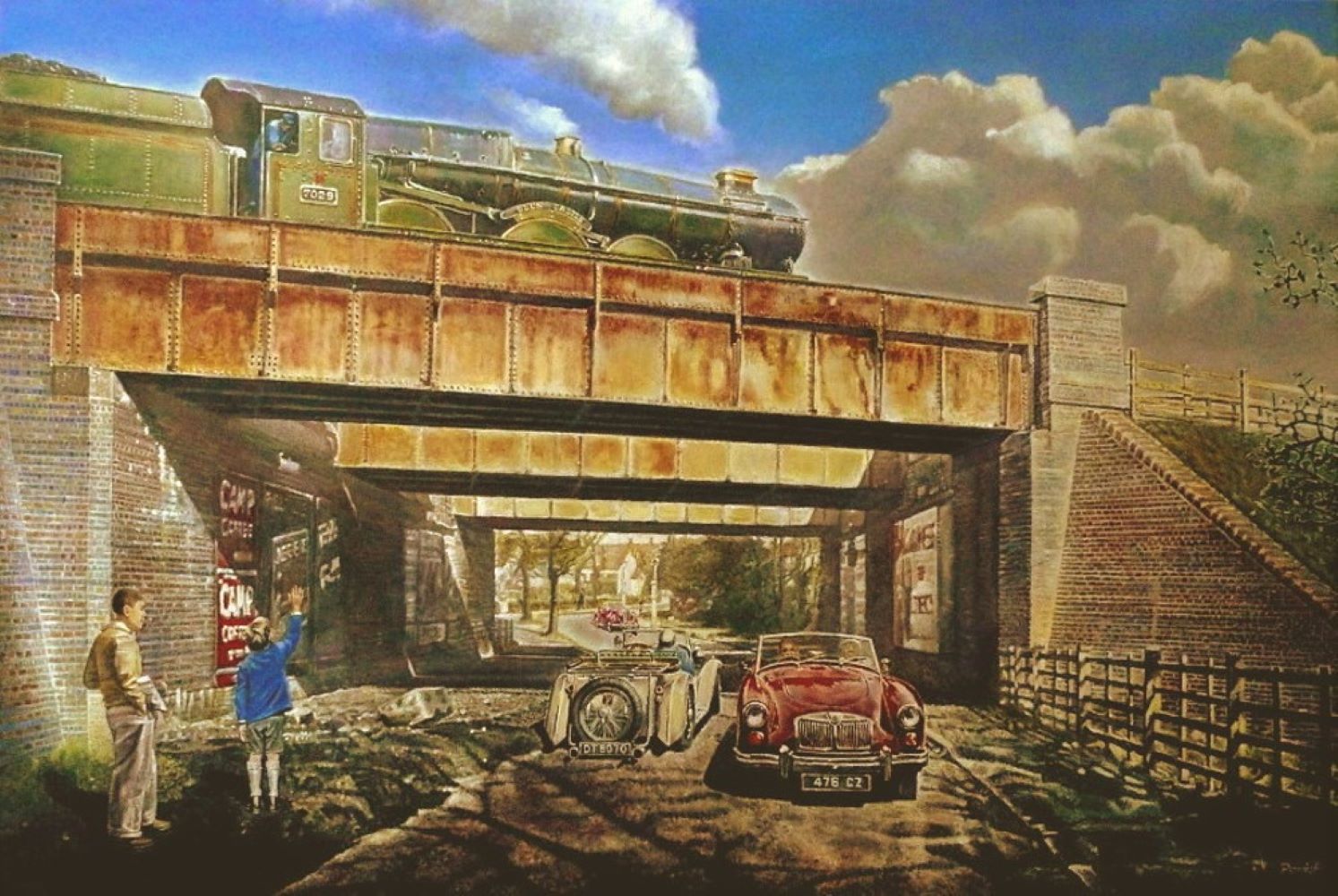 Freehand and painted in water based oils

Commissioned by Jerry Birkbeck, owner of MG cars portrayed in this painting driving his vehicle.

Father and son emerge from Solihull Railway Station on the left into Blossomfield Road Solihull.

The son looks up to wave to the engine driver of Clun Castle class locomotive no 7029 as it departs from Solihull Railway Station with his express passenger train crossing the bridge.

While the Father is captivated by the eye catching MG vehicles passing by on the road below. 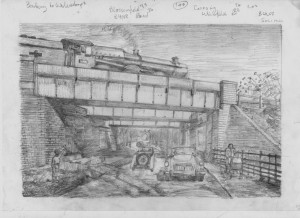 sketch for “Road and Rail” 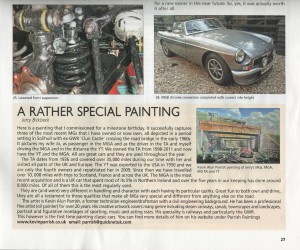 ” a rather special painting”

From sale of proceeds 10% will be donated to the Steam Trust.